Back to all Posts
The Science Behind Clostridium Difficile: How and Why Does it Grow Inside Us?
Posted in Education, Guest Blogs, Uncategorized
by Bernie Dais

This post was written by Gary H. Hoffman, MD, a colon and rectal surgeon with more than 35 years of experience in Beverly Hills, CA.  Dr. Hoffman is the Clinical Chief of the Division of Colon and Rectal Surgery at Cedars Sinai Medical Center. He has written extensively about Clostridium difficile and its treatment options. Dr. Hoffman is board certified, and you can learn more about him at lacolon.com.

In each human body, there are good bugs, and there are bad bugs. The human body is home to many different types of bugs such as bacteria, viruses and parasites. Clostridium difficile (C. diff.) is one of those bugs; specifically, it’s a bacterium.

There is one boring bacteria in particular that seems to simply “hang around” and live peacefully in the human body. That boring bug is C. diff. It just hangs around, not doing much of anything.  However, when conditions are ripe, C. diff. becomes interesting, deadly, and bad.

From Bug to Superbug 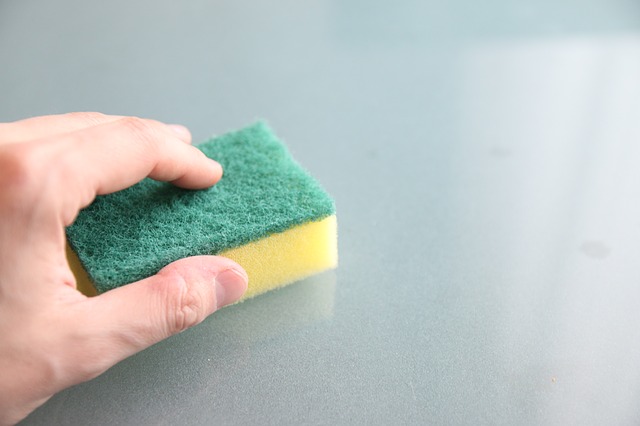 If you want the short answer as to how C. diff. transforms from harmless to harmful, then the next paragraphs will explain it. Or, put another way, how a bug becomes a superbug. (Hint: it requires a little help from friends…the medical community).

Clostridium difficile is common in nature and is found in up to 5% of normal, healthy human beings. In that sense, C. diff. is a “good”, boring harmless commensal bacterium.  Any commensal relationship is characterized by one organism living off of and with another organism and causing no harm to the host organism. Clostridium difficile is a commensal until something happens which changes the relationship. At that point, C. diff. can become a dangerous predator. How does such a “boring” rare bug become such a virulent bad actor?

How Many Bacteria Live in my Colon?

The intestines are populated with many bacteria. They are of different names, sizes and quantities. What is a “large quantity?” The colon is populated with trillions of different bacteria.  Of all of the bugs that inhabit the colon, Clostridium difficile makes up a very small fraction of the population.

The term used to describe the overall population of intestinal bacteria is microbiome.  Clostridium difficile is a part of the human microbiome.

Before considering how a C. diff. infection begins and progresses, it is worth noting that once an infection begins, the symptoms (diarrhea, abdominal pain, rectal bleeding) are caused by C.diff.  toxins. They are described as enterotoxin (type A) and cytotoxin (type B). There are other, less well understood toxins. The toxins are detected in the diarrheal stool of those afflicted with C. diff.

From Healthy to Not Healthy

How did a seemingly healthy individual become infected by a usually benign bacterium?

Perhaps the single most important step in the development of symptomatic disease is the rapid decrease in the number of normal bacteria in the colon.  As the normal numbers of bacteria decrease, the numbers of abnormal bacteria increase. This commonly occurs in the beginning of the colon, in the part known as the cecum. This decrease sets the stage for what is to come…a potentially virulent and life-threatening colonization of the colon with pathogenic Clostridium difficile.

Working backward to the beginning, it is crucial to understand that the bacteria are passed from feces to the gut via the fecal-oral route. Spores of the C. diff. can survive for great lengths of time in our surroundings, especially in hospitals.  These spores are unaffected by common alcohol-based cleaners. Cleaning of surfaces does not eliminate the threat. It is thought that up to 15% of hospitalized patients acquire C. diff. And, the longer the stay in the hospital, the higher the rate of infections. The same holds true for nursing homes.

Once the spores are consumed (usually from infected hands), they pass into and through the stomach. They germinate in the colon. Bile acids allow them to become growing, reproducing cells.  However, this alone does not cause disease. There are risk factors.

Sometimes Antibiotics are Not Your Friend 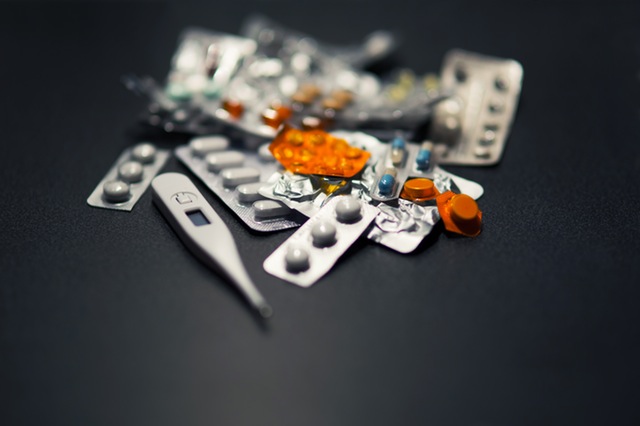 The best understood and most common risk factor is the use of antibiotics to treat other diseases. Antibiotics can decrease the number of usual bacteria in the colon. The bacteria are also changed in their ability to grow and survive normally after antibiotic treatment. The remaining, previously normal bacteria are so reduced in number and functional ability, that they cannot compete normally for those life-sustaining colonic nutrients necessary for life. As a result, the C. diff. bacteria begin to multiply and overwhelm the normal colonic bacteria. When they produce toxins, an intense, life changing or life threatening symptoms and disease.

The commonest cause of an unchecked Cdiff. infection is the use of antibiotics in the hospital setting.

Other risk factors include hospitalization or nursing home living, even if the infected patient has not been taking antibiotics. Although far from being an established as a contributing factor to a C. diff. infection, the widespread use of anti-ulcer medications such as proton pump inhibitors, and H2 receptor blocking drugs is increasingly being found to be associated with a C. diff.  infection.

In a nutshell, the growth of a previously benign and harmless bacteria is facilitated by the absence of competing bacteria, allowing the invading bug a leg-up in the competition.

Sometimes Antibiotics Are Your Friend

Interestingly, even though antibiotics can cause a C. diff. infection, antibiotics can also cure the infection. And, rarely, when antibiotics do not cure your problem, healthy bacteria from a volunteer  can be transplanted into the colon to allow the normal, healthy bacteria to repopulate the colon. This is known as fecal microbial transplantation (FMT)  It is performed by specialists. I will discuss FMT in a future post. For now, if you wish to learn more, visit PLF’s partner organization, the Fecal Transplant Foundation. Suffice it to say that Clostridium difficile is curable.

If you suspect that you are suffering from C. diff., consult your personal physician or specialist. C. diff. is curable.