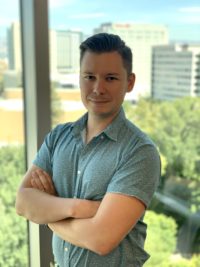 In January of 2008, my Grandmother was placed in the hospital for kidney failure. Watching my Grandmother wither away to almost nothing was a huge strain on my heart, especially after learning about what she was struggling with. We were always visiting my Grandmother, at least twice a week, and never took any sanitary precautions when we came to see her… As far as we were concerned, we never had to. My Grandmother unfortunately died about 9 months after she entered the hospital. She was an amazing woman and we still miss her to this day.

In April 2011, I took Cipro for a stye that had developed on my eye. The Cipro came in the form of eye drops and luckily did the trick with my stye. About a week or two later, my symptoms began. I was unable to sit through my classes at my University due to the constant diarrhea I was experiencing, and I had extreme pain in my stomach. After a couple of days it would subside, slightly, yet it always came back. Upon visiting my general practitioner, I was told to simply take fiber at bedtime. Not only did this not help my symptoms, it seemed to make them worse. I scheduled yet another appointment with my general practitioner, and submitted a stool sample to be tested. My results came back positive for the parasite Blastocystis Hominis, which my doctor described as something “that normally does not cause too much trouble.” Regardless, I felt it necessary to be treated. I was placed on Flagyl for ten days, and felt like a million bucks afterwards. About two weeks later though, a few days before my 24th birthday, the diarrhea returned. I submitted yet another stool sample, yet this one came up positive for Clostridium difficile.

When my Mother heard that I’d come down with C. diff, she immediately went searching through my Grandmother’s medical records. Sure enough, my Grandmother had been suffering with C. diff during her entire stay at the hospital. To this day, I’m almost completely sure that I contracted C. diff from my dying Grandmother. That is just sad and disturbing to me.

My battle did not end after I was diagnosed, however. I was put on Flagyl, then Vancomycin, then Dificid… Nothing seemed to work for me. I took Florastor, Culturelle, and ate yogurt, but nothing alleviated my symptoms. By this time I was seeing a gastroenterologist in Orange County who recommended that I look into having a fecal transfusion via colonoscopy. To both my luck and my surprise, my doctor even offered to perform the procedure at the adjoining hospital. Ecstatic I called my partner Kevin, and asked if he’d consider being my donor for the procedure. Without hesitation he agreed, which is why of course I love the guy more than life itself. My GI doctor informed me that I’d be the first person she’d done the procedure on, and all she needed to do was to get approval from the hospital. After a few weeks of waiting, I phoned her to inquire about my procedure. To my disappointment, the hospital was not being compliant with my GI doctor’s request, and the procedure was postponed indefinitely.

Frantic and grief-stricken, I scoured the internet for help. I found an “at-home” remedy where the procedure was done via enema with the donor stool mixed in a blender. Without going into details, let’s just say I came out feeling pretty healthy.

Today, I consider myself free from C. diff, though my battle is not over. The C. diff has left my gut damaged and sensitive to almost anything I eat. I now live with irritable bowel syndrome, caused by a horrible illness that nearly cost me both my health and my sanity. I am now more aware of sanitation both in hospitals and at home. I still cannot believe the negligence of hospital where my Grandmother died. No one should ever have to suffer from this horrible condition. I still cannot imagine how my poor Grandmother held on for so long.

I will continue to share my story with others for the rest of my life. I was sick for over a year, spent thousands of dollars on treatment, and cried myself to sleep many nights, but I am a stronger person because of it.