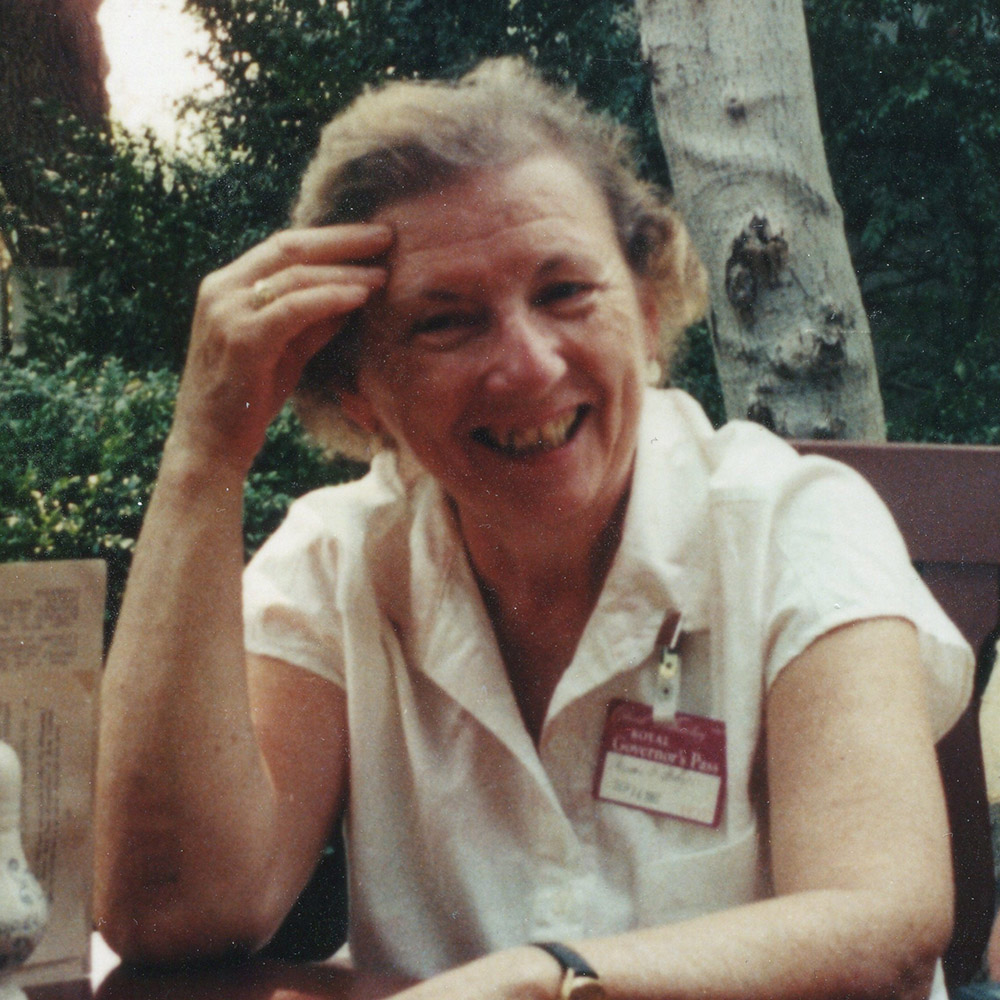 As told by her daughters Eileen Magnavito and Mary Schultz

In May of 2008, our mother Regina – Jean to her friends and family – was admitted to the hospital for open heart surgery. During the surgery, the doctors nicked an artery, so she had to go back in for a second surgery to repair the nick. She came out of both surgeries very well, and the doctors kept telling us how great she looked and that she was getting better. What we didn’t know at first was that during her stay in the hospital, she contracted a C. diff infection, which made her progressively sicker, and ultimately took her life.

Shortly after her surgery, mom developed a severe case of diarrhea, and at one point the doctors told us that she had C. diff, but no one ever explained what it was or told us how deadly it could be. Because she’d just had heart surgery, we were most concerned about possible side effects from that and since the doctors didn’t seem worried, we thought it was a minor infection they were treating with antibiotics. Over the course of the next three months, mom would seem to get better, and then get sicker.

Because of her heart surgery, she spent a lot of time in the hospital and rehab facilities to get her strength back. We were surrounded by medical staff constantly, yet no one ever told us how sick she really was because of the C. diff infection. If we had known, we would have been more proactive and paid more attention to make sure everyone around her cleaned up before visiting her room so she wasn’t exposed to any other germs.

Two days before our mother died, we were told by her doctors that she was getting better and we thought she’d be able to come home soon. While we were making arrangements for her homecoming, we learned that she had been transferred to the hospital and was in mortal danger. She died on July 26, 2008 from C. diff. It was a shock because everything was finally under control and then all of a sudden this infection came back to haunt her, which we didn’t even realize was an issue.

The hardest part of this entire ordeal is that no one told us that she could get this potentially deadly infection just from being in the hospital. You expect the hospital to be a sterile setting, and when someone you love goes in for something like heart surgery, you don’t expect that they’ll die from an infection because they are in the hospital.

Our mom was the glue that held our family together, and there isn’t a day that goes by that we don’t feel this tremendous loss that could – and should – have been prevented. We share our story to encourage people to educate themselves about C. diff and proactively ask their health care professionals for information on how to prevent the infection. Because nobody should have to go through the pain of losing someone they love to an illness that is preventable.