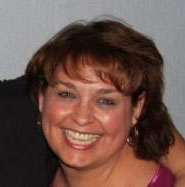 I had just started a new job in December 2010 at the local newspaper. In mid–January 2011, I began to get very ill. I had extremely bad diarrhea, and it was difficult for me to keep anything down. After about four or five days, the illness became so bad that I could not go to work, so I went to the doctor. My doctor had me give them a stool culture so that he could determine what was making me so sick.

The next day, my doctor called and said that I had C. diff. I had never heard of C. diff, so I wasn’t sure what it was. I received an antibiotic for about two weeks. During those two weeks, I began to get better. I could tell that the C. diff never totally went away during this time, but I was hopeful, and I was able to function while on the antibiotics.

I went through several rounds of three different antibiotics. This went on for about four months and during that time, I never got completely better. I would feel better while on the antibiotics, but within one or two days of finishing the medicine, the C. diff came back full force. Finally, my doctor sent me to a specialist with the Centers for Disease Control & Prevention (CDC). My doctor told me that it was imperative that I go to the CDC doctor. My doctor said that if I didn’t start getting better soon, my colon could be damaged. He said that colon damage could cause my long term prognosis to be much worse than it was at that time.

The CDC doctor asked me many questions. He wanted to know if I had been in the hospital recently; had I spent any time in a nursing home; was there anyone else in my family with C. diff. We determined that there was not a specific source for my C. diff infection. The doctor then referred to my C. diff as “community acquired.”

The CDC doctor informed me that my doctor had tried all the appropriate measures. He then told me about an experimental process that some people were doing. He then explained the process of fecal microbiota transplant (FMT) to me and my husband.  The doctor said that since the procedure was experimental that he could not perform the transplant on me, and that there were no hospitals or doctors locally that would perform the procedure. He said that if we decided to have the procedure done in a hospital, we would have to go out of state and we would have to pay the whole bill ourselves. He estimated that the bill could be as high as $5,000 – $10,000. Since we did not have that kind of money, he explained how we could do the procedure at home. He said that the best donor would be a family member.

That weekend, my husband and I took the CDC doctor’s advice and we did an FMT at home. I have to admit that the “ick factor” on this particular procedure was very high. However, the next day, I felt much better. After three days, I felt totally better. The FMT procedure (and my husband) saved my life.

I know that my story turned out much better than others who have had C. diff. I am very grateful that I don’t have it anymore, and that I don’t have any long term health problems from having it. However, since having C. diff, I am very concerned about getting it again. I am very particular about hand washing, especially if I have a family member in the hospital. I work in a long term care setting, so I am conscious of hand washing every day. I take a probiotic at night, which my doctor recommended. I would like to help “get out the word” and spread correct information regarding C. diff. My hope is that others will learn from my and others’ experiences, and they will not get C. diff.