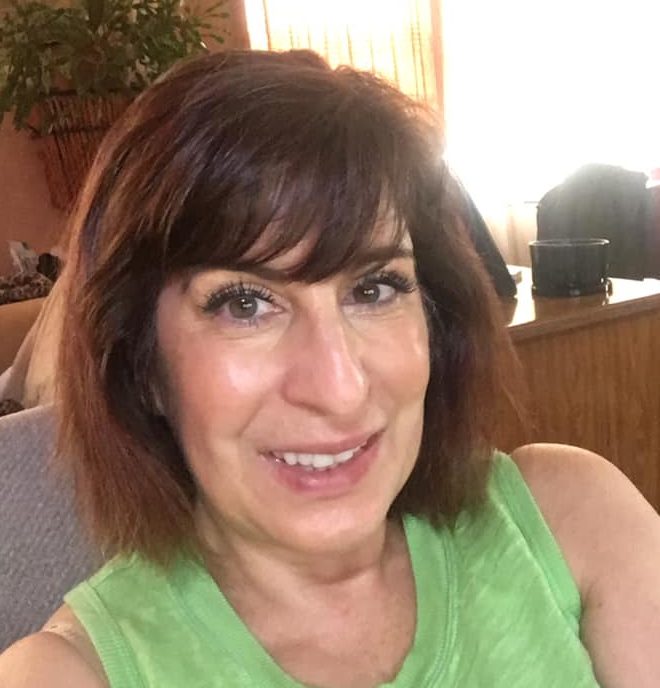 It amazes me how so few—not even medical professionals—have heard of C. diff. I am a Stand-Up Comedian, based in the Chicago area. I am also a dental assistant. I cringe every time I am asked to print out a prescription for Clindamycin.

I am all too familiar with C. diff, as my mom was diagnosed with it in 2008, and eventually lost her colon. She had an Ileostomy done in March 2009. It saved her life, but she was never the same mentally or physically. For seven years, she suffered with multiple illnesses and, ultimately, passed away on November 16, 2016.

I was diagnosed in August 2018. I am not certain what triggered my C. diff. I had not had any antibiotics for about five months prior to my diagnosis. All the docs say that they are not sure, either.

I started having GI symptoms the month before being diagnosed, but I brushed them off to stress, spicy food, and so on. You could have knocked me over with a feather when I got my results back as positive for C. diff. I was put on Vancomycin for 10 days. My GI symptoms got better, but I was left with extreme fatigue, chills, and full-body aches.

In January 2019, I tested negative for C. diff, but I really did not think the results of that test were accurate. Instead, I was diagnosed with post-infectious irritable bowel syndrome (PI-IBS). After that, I had many other tests. Two months later, I tested positive for C. diff—again!

To be honest, I am not sure that I was ever rid of C. diff.

Prior to my second C. diff diagnosis, I was on an eight-week taper of Vancomycin. Six weeks into the taper, I started to have hearing loss. I was told to stop. I immediately saw a GI doctor. He put me on 10 days of Dificid (Holy cow! is Dificid expensive! #Thankful for healthcare coverage!) At that time, I was fast tracked to see our area’s C. diff specialist. I tested negative, but that was also 3 days after the last dose of Dificid. A few weeks later, I seem to be feeling a little better. I performed Stand-Up a few times in August, which as far as I’m concerned is the best medicine for me.

I would like to see Insurance companies allow the best possible treatments to occur as a first line of treatment, based on efficacy, not cost.