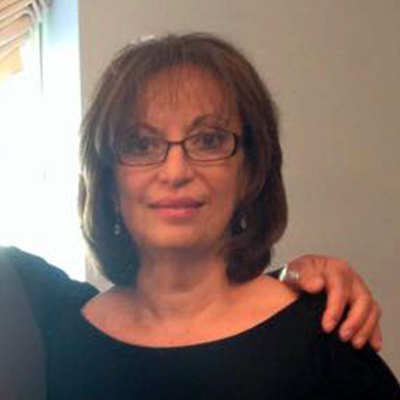 Patti is an Advocates Council Member.
SEND Patti A MESSAGE >

I am a retired Hospice nurse, and my first bout of C. diff was in 2013. I acquired it one week after being on Doripenem intravenously for Lyme, which was immediately stopped because of symptoms of C. diff. I knew immediately that I had C. diff: it was the classic diarrhea with mucous. This first time, interestingly, I did not have the severe stomach cramping that I had with the next few times. My stool culture for C. diff was positive.

Because I am allergic to Vancomycin and Flagyl, I received one course of Dificid, which worked within three days. My next bout was the very end of November 2014. I had a bad fall in a parking lot, went to the emergency room, and was given Clindamycin. I am assuming they chose Clindamycin because my injuries were to my face and teeth. A local dentist (who eventually did my dental work) said that Clindamycin was the drug of choice for dentists, but after hearing my story, decided never to use it again.

After taking the Clindamycin for four days, I came down with diarrhea and decided to stop it. At this time, I was still in shock from the fall, pretty much in bad shape and bed bound, and not thinking clearly. The diarrhea came and went for two weeks, and it became bad en-route to New Jersey for the holidays. I called my Lyme doctor from the car and asked if it would hurt if I started taking the extra Dificid I had (before I saw him in three days). He told me to start it. I then saw him, and he ordered a stool culture and another round of Dificid. This time, however, my stool culture came out negative.

There is no doubt in my mind that this was C. diff again. I should have demanded a second culture, but I think the Dificid started working already. This second bout took seven days to completely rid of the diarrhea, and the abdominal cramping was intense. Because the test was negative, I have not been able to get reimbursement for the Dificid or any medical bills from the owner of the parking lot.

My third episode of C. diff was in August of 2015. I hadn’t been on any strong antibiotics this time, but I knew immediately. My culture came back positive, and this time the abdominal cramping was worse than the last time. I also felt very weak and dehydrated. I then started taking the probiotic Sacchomyces Boulardi every day, and tried to limit my dairy intake. I had several bouts of diarrhea the following year, but they were always only a few days, and the cultures were negative.

This last bout was the end of March 2017. Again, I knew immediately, and asked for a stool culture, which was positive. This bout, however, was different. The abdominal pain was so intense, plus I had a low-grade fever. My doctor sent me immediately, via ambulance, to the emergency room. He was worried my intestine might be perforated. Thankfully, it was not. I can honestly say I thought I was going to die. I have never felt pain like that in my life. This episode took two rounds of Dificid.

So now, after seeing several specialists who perform fecal transplants, I have decided to have one. If there is one thing I can tell other patients, please be your own advocate, and if you can’t, assign someone who can. Do not be afraid to ask questions in the doctor’s office, do not be afraid to demand a culture, and never be afraid to get a second opinion. This disease is not pretty. When we moved here, I had all intentions of still working per diem as a Hospice nurse. I never thought C. diff would make me take a role reversal. Be aware of the different potencies of antibiotics, especially in people over 65.