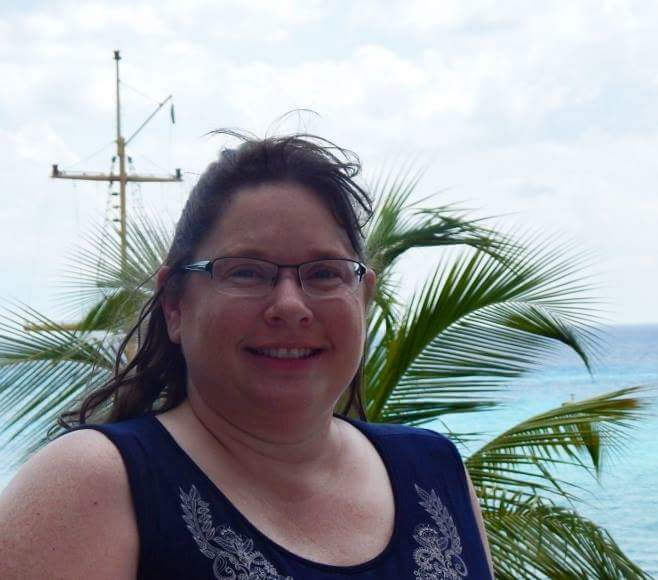 About seven years ago I started having severe abdominal cramps and diarrhea multiple times a day. At first, I didn’t think much of it, because I had always had a sensitive stomach (nothing diagnosed) and I was under a lot of stress at the time. Things continued to get worse. I would barely make it out of bed and to the bathroom each morning. And I didn’t dare cough or sneeze without being on the toilet because of the mess. So, I spent most of my day in and out of the bathroom, which was difficult when working. I also noticed a strange odor that was not like typical diarrhea (sorry TMI, but I feel this is an important sign of C. diff).

One day I finally collapsed on the floor as I could not take the pain anymore. I drove myself to the ER. They did all kinds of bloodwork and scans of my stomach then admitted me to a private room. They finally took a stool sample after the other tests gave them nothing. A couple of hours later the doctor comes in dressed in personal protective gear and they put a quarantine notice on my door. They put me on a bland diet and gave me IV meds (I can’t remember what it was called). There was no history of antibiotic use, and no hospital stay in the months leading up to this. The doctor said I could have actually gotten it from a restaurant (but I didn’t eat out for a very, very long time). After a few days, they released me with a prescription and not much information. When I tried to fill it, my insurance company denied it because the cost was over $5,000. I was told to go home, it could take a few days to get the prescription issue worked out. Which it finally did.

After taking the meds, it (C. diff) still did not go away. I went to my primary care doctor who prescribed the same meds again. This time it was going to be over $6,000 and yet again insurance refused coverage. Frustrated, I grabbed the phone from the pharmacy and yelled at my insurance company (not my proudest moment) then told the pharmacy I refused to leave until this all got worked out. I broke down and sat on a bench crying in the store. I guess they felt bad for me because they bent over backwards to get it filled.

At the time I had little to no information on C diff. Luckily my parents and three kids did not get it, as I was living with my parents at the time. I feel very fortunate to have survived it, although ever after seven years my stomach has never been the same. I have social anxiety (which caused me to lose almost all of my friends) for fear of having an accident.

I REFUSE to take antibiotics unless absolutely necessary. And I am also a germaphobe. My life has not been the same since.

Reading the other stories makes me realize I need to try out some methods for getting my gut healthy.