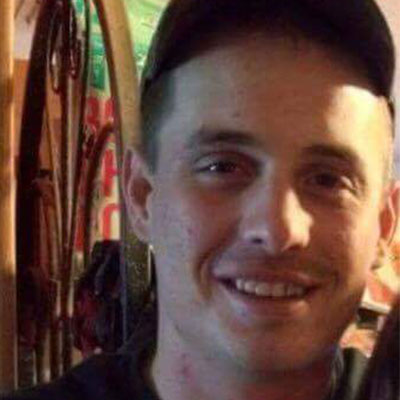 My name is Lawrence, and I am 28 years old. In November 2012, I was 24 years old. I went to the doctor for a staph infection in the form of a boil. My doctors prescribed me clindamycin to kill the bacteria in the infection. About a day or two later, I started to feel like I had a stomach bug. After a couple of days of having what I thought was just a stomach bug, I quit using the clindamycin. However, little did I know, it was much worse. I tried taking Pepto-Bismol to try to calm my stomach down, but nothing seemed to work.

I was driving an eighteen-wheeler at this time with a trainer. We had driven from Texas to Arizona, then up to Ohio and back down to Arizona. By the time we got back down to Arizona, I had nothing but chunks of blood and puss coming from my stools. At this moment I told my trainer, “I have to go to the hospital.” So I called a cab and went to Chandler Regional Hospital in Chandler, Arizona.

It was about one week from the time I first took the clindamycin to the time I made it to the hospital. The hospital ran stool and urine tests and found that I had C. diff Colitis. Here is a little bit on my medical history: I was very healthy before I took clindamycin. I had recently been in boot camp for the Navy. I had been given penicillin in the past with no reaction. I could run a mile and a half in ten minutes and in 45 seconds do 80 sit-ups and 60 push-ups. I had also ridden bulls for the past twelve years prior to being diagnosed with C. diff.

After being in the hospital for a week, I was released to go home. It took some time for everything to get back to normal. I was still having flare ups for the next year. I am now proud to say that I am now feeling a lot better and everything is back to normal.