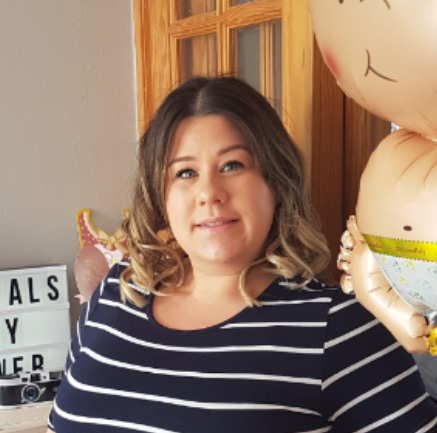 Living the story you want to tell…

I have avoided writing about my struggle because it is a reminder of how scary that time was, but I have decided it is time to tell my story. I am hoping it will raise awareness and help others going through their own personal struggles to know they are not alone. Here is my story so far:

When I left the hospital with my newborn baby I didn’t expect to also be leaving with a potentially deadly hospital acquired infection (HAI). This ruined what should have been the happiest time of my life and has left me struggling with post-traumatic stress including depression, anxiety, paranoia and Obsessive-Compulsive Disorder (OCD). I had never had any mental health issues before, and I am finding it hard accepting that because of this I am not the mummy I wanted to be.

I will start at the beginning. I was a happy and healthy 26-year-old. Engaged to my long-term boyfriend of twelve years, we bought our first home together, and I started my own beauty business. It grew quicker than I could have imagined. I was fully booked working six days a week building my career and loved it. I fell pregnant three weeks after opening and although slightly concerned over the timing, I was excited. All I have ever wanted is a baby and a family of my own.

I suffered from morning sickness throughout my pregnancy, and towards the end I was diagnosed with Symphysis Pubis Dysfunction (SPD): a condition that causes excessive movement of the pubic symphysis and a misalignment of the pelvis—but I still loved being pregnant. I was ten days overdue when my water broke, and I had to be induced because I had Strep B. I was hooked up onto intravenous antibiotics. After 24 hours of being in labour, I was exhausted. I had an epidural and my contractions stopped. I had to have an emergency cesarean due to an infection, so again they flooded me with more antibiotics. The cesarean went well, and after three days in the hospital enjoying every second of being a new mummy to my beautiful baby girl, I was allowed home. Those first few days in the hospital, I will never ever forget how I felt. That was the happiest I have ever been. Just me, my fiancé, and our baby girl; I was fully content with my life.

I was sent home with lots of painkillers and more antibiotics to prevent infections (ironic). My cesarean scar wound split open, and I was given more antibiotics. Soon after finishing the antibiotics, I developed diarrhea. I thought I had food poisoning, but it went on for two weeks and got worse each day. My stomach was constantly cramping and churning. I was in pain, I felt sick, I lost my appetite, I was dehydrated, and I had a fever that was getting worse. At no point did the doctors or hospital warn me of the possible side effects of taking too many antibiotics and the impact they have on your gut flora, killing off all the good bacteria leaving me vulnerable to infections and superbugs. Which is exactly what I had: a hospital acquired intestinal bacterial infection called C. diff.

Battling this infection was by far the hardest thing I have ever gone through physically and mentally. Over four months I battled a recurrent infection, I was prescribed endless amounts of antibiotics. I lost over four stone in weight, my hair was falling out, and my mental state was deteriorating. The antibiotics weren’t working, and I was convinced I was going to die. I developed OCD, and I stopped sleeping. I became obsessed with bleaching my house with fear my baby and partner would catch it. I got so scared I didn’t even want to touch my newborn baby. I wrote goodbye letters to my family and my beautiful baby girl. There were countless visits to the doctors and hospital, seeing consultants, having tests and scans. Every time the diarrhea stopped I was told to carry on with my life and enjoy my baby, but by this point I was mentally destroyed with the fear of it recurring again. 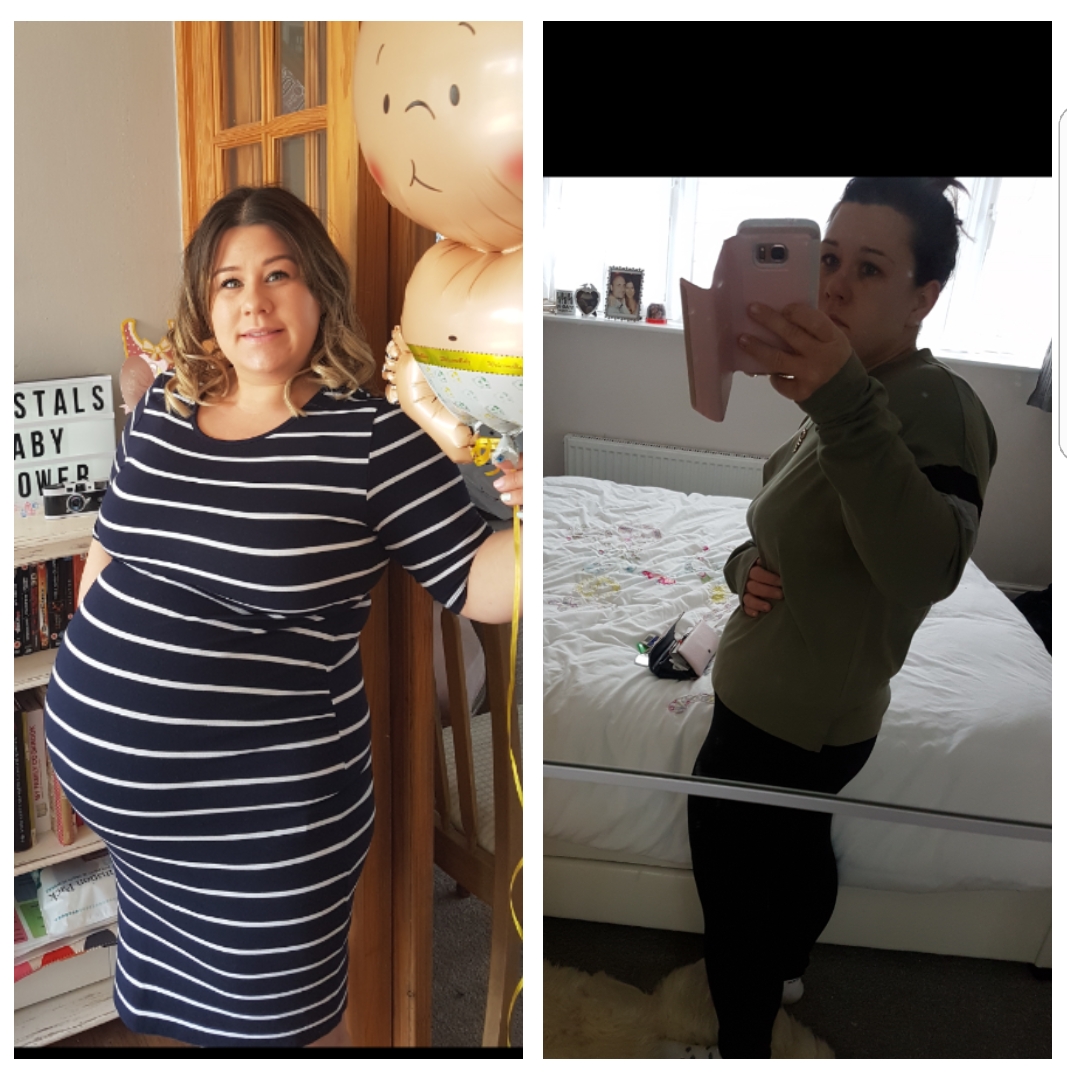 I was told to stop breastfeeding because of all the antibiotics I was taking, and I have struggled to accept it. One of the hardest things to do is to let go of something that means so much to you. I felt disappointed because my expectations weren’t met during my labour, so I think breastfeeding created a very special bond between us, and to have that taken away has been really hard to accept. I feel that I missed the first four months of my baby’s life even though I was with her every day. It was a constant struggle, and I was just surviving instead of enjoying that quality time that should have been all about my newborn baby. I can’t get that time back and it makes me angry and sad. It also had negative effects on my relationships with my family and friends.

I planned to go back to work after three months but had to cancel all of my clients because I was suffering with a recurrent infection. When I could finally return after six months I had lost a lot of my client base that I had spent so long building.

Every day is a struggle for me in one way or another, but I am pretty sure I am not alone in that. Everyone has their story and their own personal struggle. I am not ashamed of my story, and I hope it will inspire others to talk about their struggles.

I know most of mine have come from me having post-traumatic stress and feeling guilty that I am suffering from depression, anxiety, and OCD when I have all I have ever wanted. The fear of the infection returning again makes it impossible for me to relax. My hope is that one day my baby girl will see that mummy tried. Even when I was tired and stressed. Even when I struggle, I hope she will know I did it all for her.

My journey into motherhood was overtaken by illness, but from talking to others I have found this can be the case for a lot of new mothers with various health issues.

Being a mummy is the most amazing feeling in the world, but I have found it can also be very lonely and overwhelming at times. I thought I would have all the time in the world to focus all my attention on my newborn baby but that’s not possible when you are struggling with your own physical and mental health issues, and then the mummy guilt sinks in. I am not the mother I thought I would be; what kind of mother am I supposed to be?

I had planned to do lots of baby groups and was looking forward to making mummy friends, but by the time the infection had cleared my maternity leave had ended so I was straight back to work. I had missed it, that precious time was gone, and I couldn’t get it back. I resented my business for taking me away from her.

It has been almost five months since I had an infection, but my doctors won’t test to see if I still carry C. diff. I don’t have diarrhea, but I do have looser stools sometimes. They say I have IBS, and every time I go to the toilet I panic, but I’m still here: alive, blessed, grateful. I haven’t had a relapse, and I have managed to go to some baby groups. I tried to make up for lost time, and I do put a lot of pressure on myself, but slowly I am accepting that I am not perfect. I can’t go back and change what has happened—and actually the things that seemed important before don’t seem to matter anymore.

Until you’re broken, you don’t know what you’re made of. I have known defeat, known suffering, known struggle, known loss, and I am finding my way out of the depths. I have found an appreciation, a sensitivity and an understanding of life that fills me with compassion, gentleness and a deep loving concern.

Becoming a mother has been life changing. My daughter is literally my everything, and she is the reason I have come this far. I fight for her every day. Even on the days I feel like I’m failing, I look at her and when she smiles I know she is happy—so I am doing okay.

Owning your story and loving yourself through the process is the bravest thing you can do. I am starting counseling to help me accept what has happened, and I will be working through a lot of issues. I don’t know where my story will end but nowhere in my text will it ever read, “I gave up.”