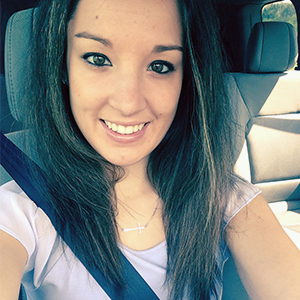 I was diagnosed with C. diff in July 2016 after using antibiotics for my very first UTI.

I started to not feel well about a week after finishing the antibiotic. I went to an urgent care where I was told I had a virus. I still wasn’t feeling well a few days after so I went to my primary care doctor. My doctor was not concerned, despite my heart rate being high for a person my age. He refused to run any tests and told me that I had a virus and needed to let it run its course.

The next day I was even worse. I called my primary care doctor again, who happened to be out that day, so I saw a different doctor. Her response was the same: My symptoms mimicked a stomach bug/flu and there was nothing she could do besides letting my body fight it on its own. I was home visiting my family in New York at the time (I attend law school in Boston) so I headed back in the hopes that I would start to feel better soon.

I woke up the next morning, and I was convinced I was going to die. My boyfriend rushed me to the hospital, where I hyperventilated right when I walked in. My stomach felt like someone was repeatedly punching me, and with each blow I couldn’t breathe. My temperature was 92 degrees, my heart rate was very rapid, and I was vomiting. The hospital staff realized how ill I was and took me back immediately. They did blood work and found that my white blood cell count was very elevated. The doctor asked my recent medical history where I told her about my UTI and she explained that she thought I had C. diff. She wanted to begin treating me for it that night, and admitted me to the hospital.

The process of being admitted was the scariest time in my life. My boyfriend went home quickly to let our puppy out because we were told I wouldn’t be admitted for another hour. I was admitted and taken up to my room in five minutes. While I was alone, I very quickly developed a high fever, and my heart rate skyrocketed from 111 to 160 due to severe dehydration. An emergency doctor needed to be called in and I was hooked up to a heart monitor. I was watched very closely for the rest of the night.

The next morning, it was confirmed that I had C. diff. I was started on a fourteen-day course of Flagyl. I was in the hospital for five days and lost over 20 pounds. I was doing well for about a month and a half after being released, when the C. diff came back in September. I caught it very early, so my doctor placed me on a seven-day course of vancomycin. Within four days of finishing the vancomycin, I relapsed again. This time, I was placed on the vancomycin taper for about three months, and I finished in December 2016. Today (March 2017), I am proud to say that I am three months post-vanco and three months C. diff free. This fight has challenged me mentally, physically and emotionally. The amount of anxiety I live with every day that this awful infection will return is unexplainable. I share my story in the hopes that I can educate people about what C. diff is, and encourage others to take probiotics when they are on antibiotic to supplement the good flora in their stomach.