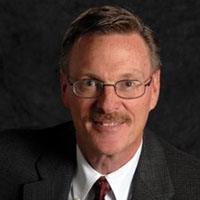 I am a pretty average American male. I have five children; two married with careers and kids of their own, one just graduated from college last summer and two are in college for at least another year. I have worked in environmental protection and industrial health and safety most of my life, including eight years as an Environmental, Health and Safety Manager for a multi-plant, international chemical company. I have developed and sold a few chemical products used to treat wastewater and hazardous waste. So through my education and work experience I know a little about chemistry, biology, human health and safety.

Early in 2015, I contracted a C. diff infection (CDI). I don’t know how I got it or where. I had not been taking any antibiotics and had not been in any hospitals or nursing homes where there is an increased risk of exposure. But, after a week of severe diarrhea that I could not control with over-the-counter medications, I went to see my doctor who ordered a lab test. When the lab analysis came back, it confirmed that I had a C. diff infection.

Anyone who has ever had a C. diff infection knows that the treatment options for C. diff are extremely limited. I went through the typical protocol. My doctor put me on a ten-day regimen of Metronidazole. I took the medicine exactly as prescribed, four times a day for ten days, and got absolutely no relief at all. I contacted my doctor after three or four days to let her know that it was not working, but was told there was only one other medication that could be used and it was very expensive. So, I completed the Metronidazole which provided no benefit at all and continued to search for an alternative treatment.

After one more week of severe diarrhea and the beginnings of some significant weight loss (not the good kind), I contacted my doctor again and agreed to obtain the more expensive medication called Vancomycin. The cheapest I could find this prescription cost $989 for a ten-day supply. Even with insurance, I still had to pay out of pocket about $300 for this one prescription, but by this point I was desperate to get this infection out of my body.

Again, I took the prescription exactly as prescribed even getting up in the middle of the night to take the required doses exactly six hours apart. During the ten days that I was taking the antibiotic, the infection seemed to subside. But two days after completing the ten-day course, the infection was back and the symptoms were as bad as ever. I apparently had one of the more virulent strains of C. diff. All my doctor could offer me was another ten-day regimen of Vancomycin which I simply could not afford.

After eight weeks of suffering with this intestinal infection, going through two complete antibiotic drug regimens and spending well over $500 out-of-pocket and over $1,500 including insurance payments, I had gotten absolutely no relief. I felt the medical establishment had failed me and the drug companies had definitely fleeced me. I was desperate for a cure that would not ruin my finances. The situation I was facing seemed pretty hopeless. So I determined that my answer needed to come another way.

I’m a believer in Jesus. I don’t mean that I go to church every Sunday, give tithes and offerings every week, teach at the men’s retreat, sit on the elder board or carry a Bible everywhere I go. The fact is, I don’t do any of those things. I am simply a follower of Jesus Christ and believe that what the Bible says about Jesus and about life in general is truth and wisdom.

In Mathew chapter 7 it says, “Ask, and it will be given to you; seek, and you will find; knock, and it will be opened to you. For everyone who asks receives, and he who seeks finds, and to him who knocks it will be opened.” Based on these scriptures, I prayed earnestly to God in faith for an answer to the health problem I was facing and then continued my search for a cure. Within days I believe the Helper himself revealed to me the natural cure I had been so desperately been longing for, and it is not an antibiotic.

It is a simple mixture of food grade minerals. I took about three grams of the mixture with a glass of water at breakfast time and repeated that dosage every eight hours for a total of four doses. Then, in order to promote and repopulate my intestines with a variety of healthy intestinal flora, I started taking a high quality probiotic supplement that I purchased from a health food store and added several probiotic foods and drinks to my diet such as kefir, premium quality yogurt, kombucha, kimchee and raw sauerkraut for next several weeks.

Within 24 hours of taking the first dose of these minerals all my symptoms, including the diarrhea, disappeared. I felt much better and within a few days had the first really solid bowel movement I’d had since the first symptoms appeared eight weeks earlier. I kept up with the probiotic supplement and foods and within two weeks was completely back to normal. I did not take any other antibiotic drugs and have not had any recurrence of diarrhea since taking that first dose. I would like to share this remedy with all who want it. Thank God for His blessing and provision.