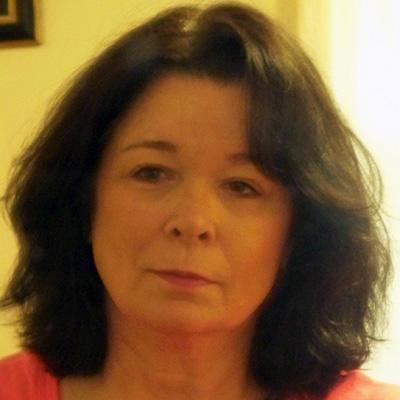 Jacqueline is an Advocates Council Member.
SEND Jacqueline A MESSAGE >

My story is not just a C. diff story, but a story of struggles with being diagnosed. My problem was that I also had gallbladder problems at the same time I had C. diff. I’ll start at the beginning. In April of 2015 I started having severe burning in my stomach/gut. I went to my primary care doctor, and they said it was probably acid reflux and told me to take a proton pump inhibitor. I took that for few weeks, but ended up in the emergency room with severe stomach/gut pain. They said it was probably an ulcer (which they don’t treat).

I was referred to a gastrointestinal specialist (GI). I told the GI all of my symptoms from severe burning and pain in my stomach, to the feeling of knives in my gut and the fact that everything I ate was going through me in four hours. Unfortunately, they just missed the diarrhea and did tests on my stomach. After having an endoscopy done, I was diagnosed with gastritis, possible gastroparesis, and gastroesophageal reflux disease (GERD). I was given medicine for all those symptoms.

Next, I had an ultrasound which found a huge gallstone. So the diagnosis was then to take my gallbladder out. One week after the diagnosis, I had my gallbladder out. I was told that this procedure would correct all of my problems. Unfortunately, it only stopped the severe pain that made me double over. I went for a follow up with the surgeon, and (like all my visits prior to and after this one) I mentioned the diarrhea. It was ignored, or I was told it’s normal when a person has gallbladder problems or has their gallbladder removed. So I thought, “Okay, I’ll give it time.”

I didn’t make it a few weeks before going back to my primary care doctor to ask what I should do. They thought that it was too much bile acid causing the continuous diarrhea. I went back to the GI, and they again started testing my stomach. I had a CT scan and a stomach emptying study. I went back for the follow up, and I was told to just take the medications, and that all should resolve itself.

Again, after a few more weeks of pain and diarrhea I went back to the GI. I had, at this point, lost 45 pounds. I decided that I wasn’t going to be just dismissed and given another medication. I was actually told it’s normal to have so much diarrhea and that my pain couldn’t be that bad. Seriously! I was prescribed another medication. That’s when I said, “I’m telling you that I’m dying inside, and you’re giving me another medication.” The doctor looked back at my CT scan which showed thickening of my colon. This was never told to me. The doctor said, “Let me examine you,” and when he touched my lower left side, I jumped. He then said, “We’ll do a stool sample.” I asked, “For what?” and he said, “C. diff.” I asked, “What is that?” and he just said, “Bacteria that can cause diarrhea.”

I didn’t have a clue and thought it was probably something that was going around. But that all changed two days later when the doctor’s office called to say that I tested positive for C. diff and that I needed to go on an antibiotic right away. I asked if it was serious and if it could cause damage. The nurse practitioner said, “No.” I was sure that was not correct, and my son and I looked it up. I was stunned (to say the least) that I had this. I was really not sure exactly when I got it.

As you can see, there were so many times missed that I could have been diagnosed with a simple stool test. But since I had the gallbladder issues and surgery, my symptoms were overlooked. It took two rounds of vancomycin to stop the constant diarrhea (and that was at the end of last December). I still had pain in my left lower colon area for months after beating C. diff, and I was also diagnosed with bile acid reflux and diarrhea.

I didn’t go back to the previous GI doctor, but went to another in the group that my primary care doctor recommended. At first I thought things were going okay, but then that doctor again felt that what I was experiencing was not all that bad. I had to again say that I felt like something was going to burn a hole in me, and that the pain was so severe in my left colon area that it felt like it was going to bust. I again had to say to a doctor, “This is killing me, and I want to know what is wrong.” It took four and a half months to finally got a colonoscopy scheduled. I was on four medications at that point: Carafate, Welchol, Prevacid, and Bentyl.

Now, I am doing better. I switched GI specialists again. My orthopedic doctor recently asked how I was doing with the C. diff and stomach issues, and once he heard about my new problems, he referred me to his GI. What a difference! I’m now on medications to reduce and heal my gastritis, erosive esophagus, and cramping. I’ve also started an Irritable Bowel Syndrome – Diarrhea (IBS-D) diet. My new GI also said that each issue I had was separate. The cause of my gastritis and erosive esophagus have not yet been determined, though I have a follow-up in one week to see how my new medications are working. I will have an endoscopy scheduled after that.

Considering that the severity and type of diarrhea I had changed after my gallbladder surgery, my case of C. diff was probably caused by the large dose of antibiotics that I took prior to that surgery. Before all of this, my digestive system was better than normal, and I rarely had any issues. It is the most frightening thing for everything to go haywire and to have so much pain suddenly. It was horrible not knowing what was going wrong with my own body.

I am now very proactive in my health; at my last visit to my primary care provider she commented, “Wish all patients were more thorough about giving information and asking questions.” I now ask, “Why do I have this? What should I do myself to make it better?” If given a medication I ask, “Is this primarily prescribed for my problem? If not, what other medications are available and after how long should I expect to feel better?”

Since all of this started, I have had sinusitis and a skin infection which normally would be treated with an antibiotic. Instead, I used nasal steroid spray and let a little time go by to see if my skin would heal on its own. It did. With the possibility of a recurrence of C. diff, I just remind my doctor of my concerns and get different options. I’ve also returned to my orthopedic doctor to go over my back issues (spondylolisthesis and osteoarthritis). I just decided to do everything I can to feel better. No more do I think, “This is just what it is.” I’m scheduled for an MRI to see what options I have. I’ve been so lucky to come through C. diff with only one issue. Although C. diff is a horrible thing, it has put me on a newfound path of putting my health and wellness first.