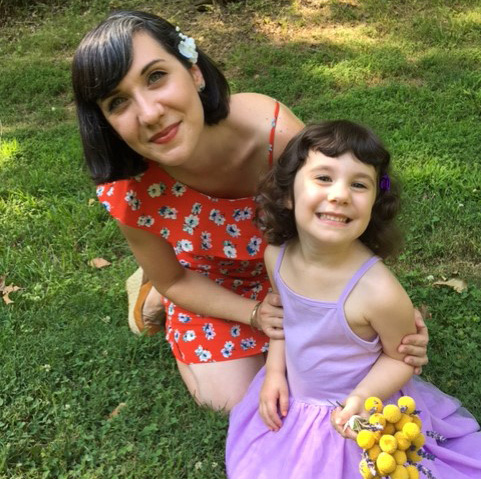 It was supposed to be the happiest time of my life. I had a great job and was engaged to be married. My fiancé and I were giddily planning our wedding, and all of life’s adventures stood before us.

I nervously sat in the dentist’s chair for a root canal and had no idea everything in my life was about to change. Upon leaving, I was prescribed Clindamycin (a strong antibiotic) in the event I develop an infection. Mild pain and diarrhea soon began to interrupt my daily routine, which quickly escalated into debilitating pain, severe dehydration, and uncontrollable diarrhea. I was hospitalized and diagnosed with C. diff, which I had never heard of before.  The nurse nonchalantly explained to me that though it was unusual to get C. diff at the young age of 31, it was easily treated with antibiotics. It wasn’t until I researched my diagnosis that I began to understand that C. diff wasn’t a simple infection treated by antibiotics. Within every article I read, foreboding words like “recurrence,” “superbug,” and “deadly” stuck out amongst the rest.

As I was released from the hospital the next day, my fears were quelled by the doctor’s assurance that my C. diff infection was a fluke and certainly unlikely to return.

The next seven months became an absolute living hell of recurrences. I was hospitalized six times, for about a week each time, and when not hospitalized I was getting intravenous fluids from my gastrointestinal doctor. I counted 28 non-consecutive days of complete gut rest. I took round after round of Flagyl and Vancomycin only to have C. diff return within days. I went from a blushing bride-to-be to a gaunt and gravely ill shadow. I barely attended my own wedding, and even had to order many of my wedding items from the hospital bed.

My parents suggested getting a fecal transplant (FMT) and, even though it promised great results, I was initially against the idea because local doctors insisted vehemently that I’d need to be sick for at least a year before considering the FMT. To them, the next option would be to have my colon removed. I was too sick to argue.

It all changed for me one night as I lay awake in the hospital bed, unable to eat and barely able to lift my head.  I knew that I would die from C. diff.  My fiancé and I sat in silence while the same suspicion descended upon him.  It was in that moment I made the decision to get the fecal transplant no matter what my local doctors said because my life had value and all their methods had failed me.

I had two FMTs. Because of all the prior recurrences, the healing was slow. I had already begun to develop signs of Crohn’s disease, but over the course of a year after the FMT, I healed completely. I’ve never had another recurrence.

About a year and a half later I gave birth to baby Pearl, who was a wonderful and sweet little girl. From the beginning, I decided to keep her away from antibiotics if at all possible. We ate organic foods, and I rarely gave her medicine of any kind.

Time passed, and we were so happy.

It was a beautiful autumn; Pearl was 22 months old, I was seven months pregnant and we had just visited the zoo. I noticed she was stooling a lot more than usual that day. Within a week, it quickly progressed to ten times a day, and included mucus and undigested food. Trying not to panic, I frantically visited her doctor and other specialists, explaining my previous C. diff history. Everyone agreed that a C. diff infection was not possible in someone so young with no prior antibiotic use. Standard stool tests were run multiple times offering no answers or direction while I helplessly watched my daughter grow thin and increasingly sick.

Pearl finally became so ill that she was hospitalized. I was now eight months pregnant. The doctors moved quickly, running every test imaginable. Before long, the dreaded diagnosis came: Pearl had community-acquired C. diff. I wanted to argue that this wasn’t possible but inside, I knew the truth. Pearl was in the hospital for a week, on complete gut rest and on Flagyl just as I had been before. I wept and my heart broke as I watched foul green sickness pour out of my daughter as it had me.

As soon as Pearl finished the Flagyl, C. diff was back and even worse than before. Fear gripped me, but not as strong as the resolve to protect my precious little girl from what I had endured.

Pearl had a fecal transplant at the Mayo clinic just before she turned two years old. I was too pregnant to travel, but thankfully she and her daddy returned home the day I went into labor.

Education is so necessary to understand C. diff. It no longer targets nursing homes or the chronically ill, but is infecting (and sometimes killing) healthy children and adults. Perhaps if my doctors supported the fecal transplant, I could have avoided a lot of suffering. Perhaps if Pearl’s doctors had initially run a C. diff test, she wouldn’t have gotten so sick. Either way, I’m thankful for the healing our family has experienced because I know this isn’t the outcome for everyone.

I am grateful for the Peggy Lillis Foundation and its mission. To read more about our FMT experience, please visit www.mygijourney.org