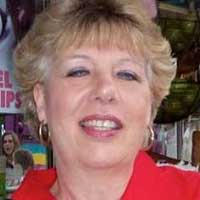 At 58 years old, I became ill with Clostridium difficile (C. diff) after having an abscessed tooth. To treat my tooth, I was initially prescribed Clindamycin. However, this made me sick, so I was switched to a different antibiotic, Amoxicillin. I started to feel even worse about a week after I had finished the Amoxicillin. I had diarrhea, nausea, and a fever–which for one night was exceptionally high. The fever broke, but the diarrhea, nausea, and general malaise continued.

A few days into this episode, I visited my doctor, who ordered a stool specimen test. The test results came back negative–though I would later learn this was a false negative. From that time forward, the medical personnel I worked with treated me based on the assumption that I did not have C. diff. I worked with many doctors, all of whom reiterated that my stool test was negative, thus indicating that I could not have C. diff. I begged for someone or something to help me; I was slowly slipping away into a profound sickness. I felt that I was dying. The illness, anxiety, and depression were unbearable.

I was finally hospitalized after feeling so ill that I was unable to eat (and consequently losing 25 pounds). I visited my local emergency room for the fourth time, and the doctor I saw that day suspected that I had C. diff, despite the previously negative test results. Even so, I was actually admitted to the hospital due to the heart palpitations I had been having. Before this day, I had been to that same emergency room three times, and each time I was given fluids and sent home. I thank God that the fourth time that doctor finally admitted me.

During my stay in the critical care unit, I was eventually removed and put into isolation when I had an attack of diarrhea. There, I had a consult with a GI who prescribed Vancomycin. After the second dose of this medication, I started to feel a little better. Unfortunately, this was only the beginning of a long battle to rid myself of C. diff. I relapsed numerous times and was ultimately prescribed Dificid. After taking this medication, I was able to produce negative results for stool specimen tests. Despite the negative test results, I still felt ill and had terrible post-infectious IBS.

Three years later, I still suffer with digestive issues and anxiety. C. diff has nearly ruined my health. I feel that I am not the same person anymore. I am trying not to let C. diff steal any more than these three years. Every night I pray for relief; to have my health back, and to be the person I once was.

I am proud to say that I am a moderator on a C. diff support site. This site helped me hang on to my sanity, and for that I am so thankful. I pray that a cure is soon found so that our community can put C. diff, a truly horrible and life-altering illness, in the past.