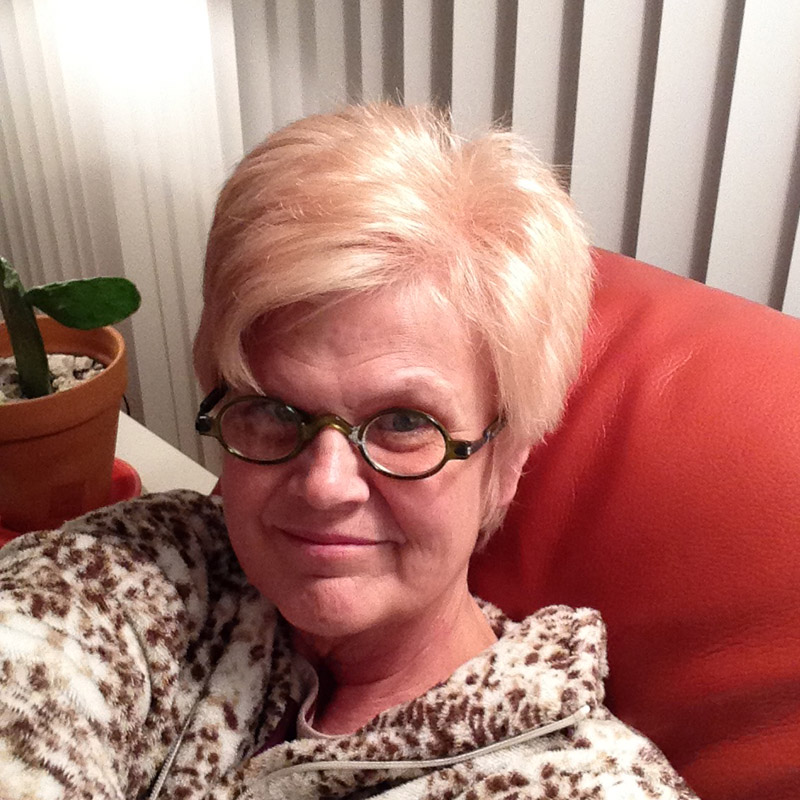 What is C. diff? C. diff, or Clostridium difficile is a type of bacteria that can infect the gastrointestinal tract. When it infects the colon and is allowed to grow, it can lead to C. diff infection. Antibiotics attack our good bacteria and allow ‘bad’ bacteria to grow.

In early 2011, I began prophylactically taking an antibiotic, Macrodantin, for frequent urinary tract infections. In late April, I was treated for a sinus infection and was given Omnicef, an antibiotic, while still taking Macrodantin. Two weeks later, I was in the Emergency Room with a kidney stone and was given yet another antibiotic. One week later, I was back in the ER with 25+ explosive, uncontrollable bowel movements a day and a temperature over 101 degrees. I was tested and admitted to the hospital with C. diff.

While hospitalized, I was in “isolation” and was treated with Flagyl and vancomycin—administered through an IV. At one point, surgery was suggested. Thank God my sister, an RN, was with me and didn’t allow this to happen.

My sister and my husband stayed with me around the clock, cleaning up after me and trying their best to make me comfortable. Although a potty chair was right beside my bed, I most often couldn’t make it there in time. This was the sickest I had ever been. After eight days in the hospital, my bowel movements were at eighteen to twenty in a 24-hour period. Although still very ill, I wanted to go home. I was told at discharge, by a doctor who had had C. diff himself, that I could probably “look forward” to an average of four more recurrences of C. diff after I healed from this first bout. He also told me to clean up after myself with chlorine bleach, as bleach is the only known thing to kill C. diff. That was a difficult task—bleaching everything that I touched in my home, every time I touched it, along with underclothes and bedding.

I was to continue on vancomycin for an additional ten days. At the end of the ten days, my bowel movements were still at 20+ per day. I was prescribed three additional rounds of vancomycin over a three-month period with no relief. At the time of my illness, vancomycin was the drug of choice to treat C. diff. Unfortunately, I was vancomycin resistant.

At this time, I was at an all time low, both mentally and physically. I wasn’t able to work or to participate in our family life. I was isolated from everyone—and especially hard was not being with my grandkids. There were times when I thought of dying; it was extremely hard to go on as sick as I was.

My gastroenterologist then talked to me about the possibility of a fecal transplant and how they are common in India. He sent me to an infectious disease doctor. She agreed I was a candidate for a fecal transplant. At that time, I had a choice of Pittsburgh, Pennsylvania, or Lima, Ohio. Cleveland Clinic was not yet doing fecal transplants. She gave me a prescription for Dificid to take until the day of the transfer and scheduled an appointment for me with a doctor in Lima, Ohio. In the meantime, I got no relief from the diarrhea and cramping.

I went to see the doctor in Lima on a Monday. He talked to my donor and me and told us all about the procedure and what testing needed to be done in the next days. The following Monday, my donor and I headed back to St. Rita’s for my transplant. It was done as an outpatient procedure. The doctor took the stool my donor had collected and, right in the room with us, mixed it with saline solution and strained it through cheesecloth. An NG tube was placed through my nose to the top of my intestines. A wire was then inserted to hold it in place. This procedure was extremely painful. I’m so glad I didn’t know what to expect! But once in place, it was relatively painless. I was sent home with the NG tube in place, along with the fecal matter and instructions to insert fecal matter into the top of the tube (by my nose) every six hours around the clock for three days. I stayed with my sister and she administered the doses.

Within an hour of the first infusion, I began to feel better. At the end of the three days, I was totally fine. My bowel movements went from 20+ per day, to a normal one or less. The tube was then removed.

I am so fortunate to have a supportive family and an understanding boss. I missed well over 30 days of work and endless hours away from friends and family.

The costs I incurred by having C. diff were immense—not only monetarily but emotionally. In addition to my eight-day hospital stay and numerous visits to doctors and laboratories, a single prescription of vancomycin, after my insurance company paid their part, was over $100. The total cost of my transplant was a mere $1,200 for lab work. The doctor in Lima did not charge for the procedure, as he was doing a clinical trial for fecal transplants. I later talked to him and found out that out of the twenty fecal transplants done at St. Rita during the trial, all but one patient was cured. I was number sixteen. I am forever grateful for being included in this trial, and for my doctors in Akron for leading me there.

It has been almost six years and I have had no relapse. My fecal transplant saved my life. The only other option for me, at the time, was surgery, which we now know is very dangerous.

I’ve since become an advocate for The Peggy Lillis Foundation. As an advocate, I attended their C. diff Summit in 2015 in New York, and I’m looking forward to our next summit in April 2017. It is great to get together with others who have had similar experiences with a terrible time in their lives and have turned it into something positive: working together to spread awareness of this dreadful illness. I’ve met the greatest people!

I spread the word about bleach to everyone who will listen. I think it is so very important for patient safety that patients and their visitors/family members be given this information upon admittance to any healthcare facility.

Prevention is key. I diligently wash my hands and keep everything in my house clean using bleach.

My health today is still impacted by my bout with C. diff. I have frequent diarrhea and many stomach upsets. And, each time, I have the fear that it is back. But I am once again excited to be alive, and I am looking forward to the birth of my first great-grandchild! Life is good!