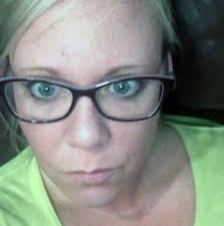 Amy is an Advocates Council Member.
SEND Amy A MESSAGE >

I contracted a C. diff Infection after taking a prescribed antibiotic for a skin infection in 2013. I had NO IDEA what was going on; I was becoming sicker with no explanation or help.

I was misdiagnosed for over two months, and I was in very poor health at the time of diagnosis. I did not receive proper medical treatment to address the severity of my health caused by this C. diff infection.

I suffered with reoccurring C. diff for two years. I finally had a fecal microbiota transplant (FMT), and that stopped the cycle of infection. The antibiotics became ineffective.

Connecting with the Peggy Lillis Foundation and other sufferers helped me understand what was going on. This connection provided support when I had nowhere else to turn. It became apparent to me that there was a lack of knowledge and treatment about C. diff that myself and others were experiencing in my state and nationally. This led me to become a volunteer advocate for the Peggy Lillis Foundation so I could help others whose lives have been affected by C. diff.