Back to all Posts
September is Sepsis Awareness Month
Posted in Advocacy, Community, Patient Safety, Peggy, Uncategorized
by Christian

“Sepsis” is a word you’ve probably heard; perhaps on “Grey’s Anatomy” or “ER”.

I had definitely heard the word and, if you’d asked me on April 19, 2010 if I knew what sepsis was, I would have told you “yes”. But I didn’t. When the doctors treating my mother, Peggy, told us that she was in septic shock, I could hardly believe them. My mother was sitting up just behind the curtain the emergency room, badgering my aunt and grandmother to please bring her a Diet Pepsi. Mom had been very weak and sluggish when we brought her to the hospital but once she was given fluids, she’d perked up. Besides, we were certain that Mom had the stomach flu or perhaps food poisoning.

When I thought of sepsis, I imagined it like it was on television. An unconscious patient in the last throws of some awful infection.

We learned the hardest possible way that sepsis kills. Though Mom’s infection was caused by Clostridium difficile (C. diff), as the bacteria assaulted her immune system. Sepsis is the body’s overwhelming and life-threatening response to infection which can lead to tissue damage, organ failure, and death. The majority of people who die from an infection, including those caused by C. diff, ultimately succumb to sepsis.

In much the same way that our mother inspired the founding of this organization, the families of Rory Staunton and Erin Flatley, were motivated by their own tragic losses to raise awareness of sepsis. In partnership with the Centers for Disease Control, the Staunton Foundation and Sepsis Alliance are doing a ton of awareness raising and advocacy to prevent the hundreds of thousands of sepsis-related deaths in the U.S. each year.

Since September is Sepsis Awareness Month, please take a few minutes to check out these organizations’ important and informative awareness campaign:

In particular, I encourage you to read the guest posts on the CDC’s blog and download and review the Sepsis Fact Sheet it developed in partnership with Rory Staunton Foundation.

Lastly, both the Staunton Foundation and Sepsis Alliance are hosting events this month. If you’re in DC or New York City, you can learn more and join the growing movement to raise sepsis awareness. 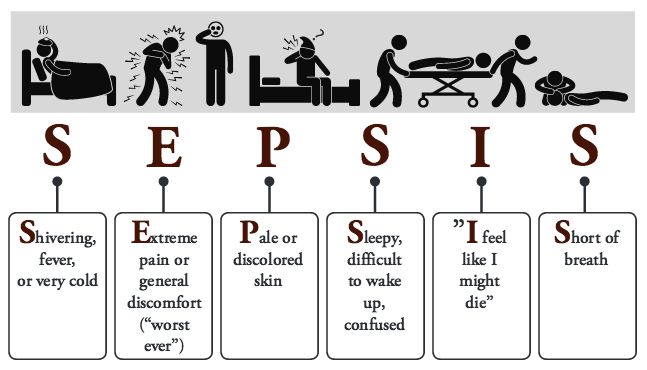