Back to all Posts
Reuters: U.S. CDC warns overuse of antibiotics has fueled more infections
Posted in Antibiotic Overuse, Patient Safety, Peggy, Peggy in the News, Press Coverage
by Christian

“Overuse of antibiotics made Americans more vulnerable to a strain of bacteria that caused nearly half a million infections and contributed to at least 29,000 deaths in a single year, U.S. public health officials warned in a study published on Wednesday… 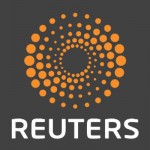 After a telephone consultation, her doctor prescribed medication not suited to treating C. difficile. She died less than 36 hours later, after emergency room physicians diagnosed her with C. difficile.”