Back to all Posts
Refusing To Be Intimidated
Posted in Advocacy, Antibiotic Overuse, Community, Peggy
by Christian

This is the first in a series of blog posts that are part of a larger memoir project for Peggy’s life and how her values inform the work of Peggy Lillis Foundation. – CJL

“I. WILL. NOT. BE. INTIMIDATED. BY. YOU.” My mother’s heart-shaped, Irish face flushed with anger; her waist length, straight brown hair whipping around as she turned 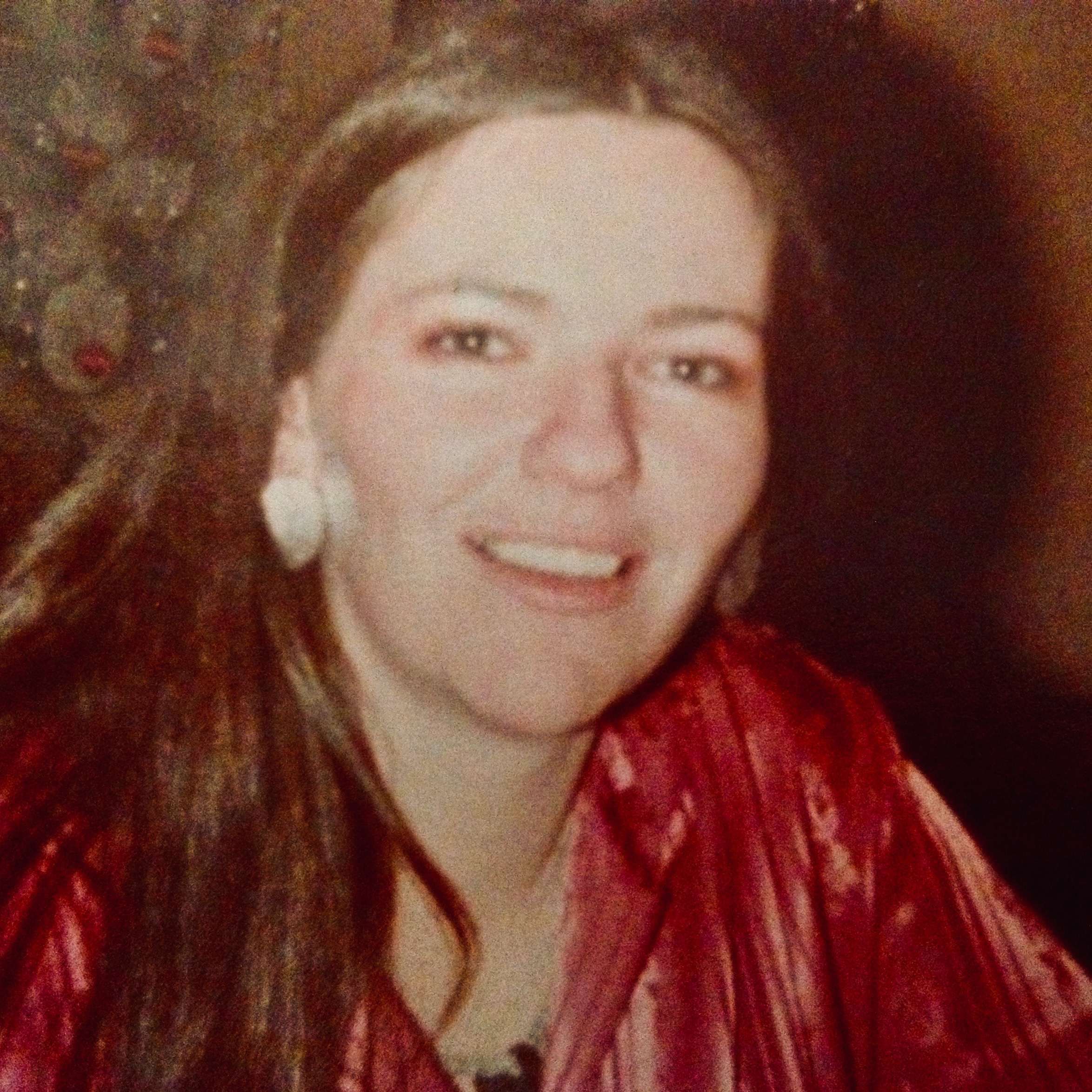 to confront my dad.” At 24, Mom was 5’6”, with a full bust and hips, she acquired during her pregnancy with my brother, Liam. The third eldest of nine children from a working class, Irish-Catholic family in Brooklyn, Mom had a toughness and street savvy that, at times, hid her enormous heart.

Mom was responding to our father’s very ill-considered (and uncharacteristic) shoving of her during an argument. The details of the argument are lost from our collective memory. But what was etched into her sons’ souls was no one, certainly not our father, whose vanity had him a very trim 5’9” with wavy blonde hair in the fashion of 1978, was going to bully her, let alone put their hands on her.

Mom placed 18-month old Liam at her waist and grabbed 4-year-old me by the hand, and headed to the apartment door. Once she’d opened it, she turned to our father and said, “I’m taking the kids to my parents house. When I get back you better be gone, because I’ll be with my brothers.” Of my mother’s four younger brothers, one was a 20-year old Golden Gloves boxer and another a high school quarterback. The Daly brothers were good guys but not people you wanted on your ass.

Mom returned a couple of hours later, alone. She had grabbed one of her brothers’ baseball bats, just in case. Our father and his belongings were gone. This was the practical, if not legal, end of our parents marriage. It also began the next stage of our mother’s evolution from naive, 19-year-old girl at her own “shotgun” wedding to a powerful, smart, capable and independent woman. Leaving our father, who was also not a “bad” person, just someone damaged enough to be incapable of holding a job, staying off drugs and supporting his family, was a necessary step.

My mother despised bullies; anyone who uses their superior physical strength, knowledge or societal position to hurt or intimidate someone weaker. She raised me and my brother to side with the weaker person, the “underdog”, in any conflict.

This loathing of bullies started with her own experience of being bullied while attending St. Bernard’s Catholic School. Being the third oldest of nine children, all being supported by a butcher’s income, Mom didn’t have the nicest uniform (or probably the cleanest), and certainly didn’t have the higher end shoes and accessories of her classmates. Ironically, for someone who would later become a teacher, Mom didn’t love school and she daydreamed a lot, earning her the ire of the Nuns. So she wasn’t the best student and was clearly from a working poor family.

This combination earned her the nickname “Dumb, Dirty Daly”, Daly being her maiden name. When I was bullied for being gay (and poor) in grammar school, Mom recounted her own experiences to both empathize and assure me that there was life beyond school. It turned out that she was right. If I didn’t let the bullies intimidate me, I would eventually have the life I wanted. To be clear, when things went beyond teasing and name calling, Mom would address it with the teachers and principal, but she wanted me to be strong. She knew she wouldn’t always be there to intervene, so I had to be able to stand up for myself, and for those around me.

This doesn’t mean that she or I never felt intimidated. I certainly have and still do from time to time. It means, we feel that fear or pressure, and still do or say the right thing. And, we intervene on behalf of those who are less able to advocate for themselves.

This ethic of refusing to be intimidated was a constant in my mother’s life. Whether she was at the welfare office, applying for food stamps, or waiting tables at an after hours, because it paid better and she could leave us to sleep at her parents house, Mom projected a confidence that inspired others to stand up for themselves. Her example had an enormous impact on me, my brother, her coworkers, and many of our friends.

While I had made my career in the nonprofit sector, it was Mom’s death from a community- acquired C. difficile infection in April 2010, that led to the founding of the Peggy Lillis Foundation. In the eleven years since she passed, there have been countless opportunities to practice Mom’s refusal to be intimidated.

The interests that run the US healthcare system are incredibly powerful. The system makes up nearly 18% of our gross domestic product. It includes enormous multinational pharmaceutical companies, large networks of for-profit nursing homes, academic medical centers and affiliated clinics, the health insurance industry, and much more. In pursuing a world where infections like the one that killed our mother are rare, we have to navigate among all of these powerful interests. And it’s easy enough to be intimidated, as more power and money is concentrated in fewer organizations. For example, in New York City, the vast majority of inpatient services, and a large percentage of outpatient services, are controlled by a handful of hospital networks. These multi-billion dollar entities may be technically nonprofits, but they operate in much the way for-profit companies do with an emphasis on consolidation, cost-cutting, downsizing of jobs, and exerting political influence in our government. This is increasingly the case around the country.

Regardless of intent – and some of it is no doubt intentional – sectors of our healthcare system are incredibly intimidating. We see this in small cities where the local newspapers and television stations, reliant on healthcare advertising, refuse to publish even opinion pieces critical of the local hospital system. A friend of mine who lives in New England ran into this when trying to call attention to awful medical harm in her local healthcare system that led to the death of a young mother. The local paper initially ran an editorial from my friend, but later retracted it after the hospital system threatened to sue the paper and my friend! The health system even went so far as to threaten my friend – a wonderful compassionate retired nurse – with financial ruin if she continued her advocacy. This led to my friend ratcheting down her advocacy, which I understand. She cannot afford to even defend a possible lawsuit, and no organization exists to support her.

I’m in a different position, and most forms of intimidation are not this explicit. Some people who do patient advocacy don’t want to rock the boat for fear of losing invitations to speak, appointments to regulatory bodies, or even social capital they’ve built among prominent doctors and nurses. This positions the patient advocate as dependent on the “kindness” of elected and appointed officials, healthcare system and public health administrators, or nonprofit executives. This is the wrong way for Americans to think of our relationship to the healthcare system.

Here’s the deal. Through insurance premiums, federal and state taxes, tax exemptions, grants and contracts, the American public pays for the vast majority of healthcare spending. According to the Centers for Medicare and Medicaid, 73.5% of all healthcare spending comes from the Federal government (29%), state and local government (16.1%) and household spending (28.4%). Further, nearly two-thirds of the nation’s hospitals (about 3,900 out of 5,000) are nonprofit, meaning they pay no taxes. In other words, the US healthcare system is overwhelmingly paid for by its citizenry. Without the enormous public funding and tax expenditures, our healthcare system could not exist. We pay for it. We own it.  And we should behave as its primary funders.

Yet, most Americans are unaware of this. They experience our healthcare system primarily through their personal interactions with our doctors or our local hospitals. And because our system doesn’t center wellness or prevention, we generally engage with the system when we’re sick. This is not the best time to develop a system critique of how the system works. While attitudes are changing, many Americans still feel intimidated by their doctors, and the healthcare system as a whole. We often feel like we don’t understand our health and our bodies as well as trained doctors. And, there is some truth to that. Our educational system spends little time teaching us about our bodies, how to stay healthy, and what to do when we’re ill.

The COVID-19 pandemic has revealed a healthcare system incapable of caring for us. A focus on “just in time” inventory management (where you only order new surgical masks when you’re running out) grievously hurt our preparedness, and a four-decade, bipartisan divestment from our public health systems, crippled our ability to even engage in testing and contact tracing. But we don’t have to accept the status quo. Like my mother, we can refuse to be intimated. While our healthcare options may be limited and we probably cannot opt out of them as my mother did her marriage, we can demand better. Given all the public funding in our healthcare system, the public has a right to shape it.

The “powers that be” (elected officials, insurance executives, regulators, etc.) count on us being too intimidated by their office, their degrees, and their power to demand better. But we can and we must. We recently held our third C. diff Lobby Day, where members of our Advocates Council met with their federal representatives to share their stories and insist (politely) that we can’t let another COVID-19 happen. You can do the same.

My mother loved “The Wizard of Oz.” In a strange world, surrounded by new and frightening characters, Dorothy has to find her courage to follow the Yellow Brick Road to the Emerald City. Her courage is rewarded as she makes friends along the way, who help her to confront the Wicked Witch of the West. Both the Witch and the Wizard are revealed to be “paper tigers,” relying on intimidation and trickery to maintain their power. But when confronted the Wizard is revealed to be a phony, and the Witch is dispatched with a bucket of water. Our healthcare system relies on us believing it’s too complicated, too scientific and too powerful for us to force it to change. The COVID-19 pandemic has pulled back the curtain, revealing that the system we entrusted with our well being is not up to the challenge. We need to step up and insist on greater democratic participation to achieve better outcomes. Like Dorothy with her ruby slippers, we’ve had the power all along; we just need to find the courage and camaraderie to wield it.