Back to all Posts
R.I.P. Rep. Louise Slaughter
Posted in Advocacy, Antibiotic Overuse, Community
by Christian

The movement for public health and preventing deadly healthcare infections has lost a champion in Rep. Louise Slaughter. The only microbiologist in Congress, she led the fight to end the epidemic of Clostridium difficile infections, or C. diff., which kills more than 29,000 Americans each year and sickens more than 500,000. 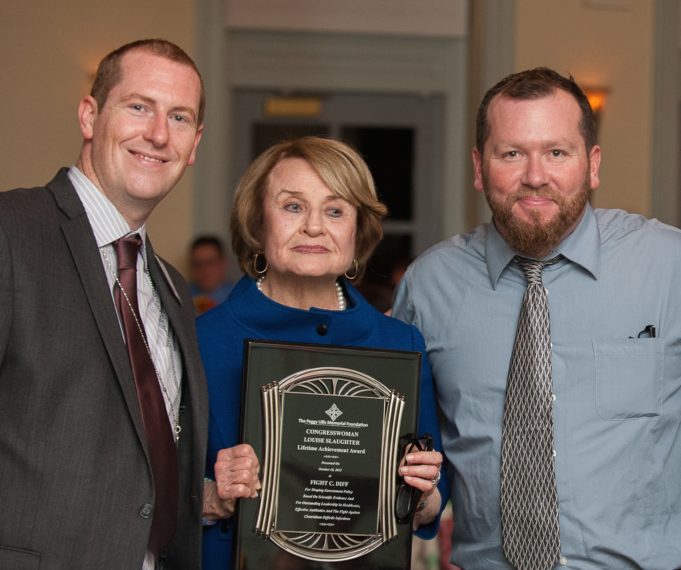 Her dedication to science as a force for equity and humanity had its roots in personal anguish that she turned into academic achievement, activism, and elected public service. Her courageous leadership for access to high-quality care for all Americans, stopping preventable infections transmitted in healthcare settings, and reining in the overuse of antibiotics proved contagious to thousands of others throughout more than three decades in Congress.

Her passion and perseverance rang through when she accepted the Advocate Award from the Peggy Lillis Foundation in 2013. Our entire network of grassroots advocates and foundation family mourn her passing. We also recommit ourselves to organizing to win the safeguards for healthcare consumers built on the foundation of her hard-won accomplishments in federal law.