Back to all Posts
PLF at SXSW and Progress in the Buckeye State!
Posted in Advocacy, Antibiotic Overuse, Community, Education, Patient Safety, Peggy, Press Coverage, Uncategorized
by Christian 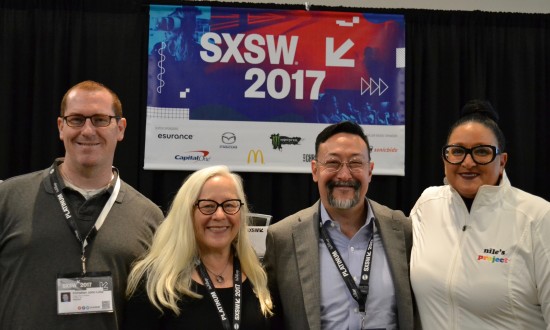 The session featured a wide-ranging discussion of the U.S.’s current infectious disease reporting and surveillance model, the limitations of that model, how citizen-engagement in public health is critical, and whether technology can help patients to track superbugs. We hope the conversation will spark new thinking among leaders in the tech and healthcare sectors.

On Tuesday, I traveled to Cleveland to participate in University Hospital’s Patient Safety Awareness Day. I was proud to give the keynote presentation at UHCH’s Grand Surgery Rounds; sharing Mom’s story as well as the stories of two Ohio survivors had an impact on the attendees. 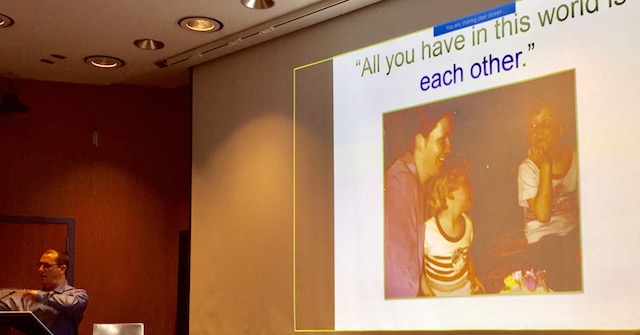 Many of the doctors and nurses in attendance thanked me for presenting. The next day, we received a lovely email from one of the doctors who attended:

I am a colorectal surgeon at UH.  I am so sorry that this happened to your mom. Thank you for sharing your family’s story and for your advocacy on a disease that’s so prevalent yet virtually unknown by the public.  You were a dynamic and engaging speaker, and your story was a reminder of the impact I have on my patients and their families.

In addition to presenting at Grand Rounds, I also spoke with two groups of physicians and nurses. The talks were also live-streamed to UHCH. Thanks to Chrissie Blackburn (pictured), head of Patient and Family Engagement, for inviting me to share Mom’s story with the awesome staff at UHCH. 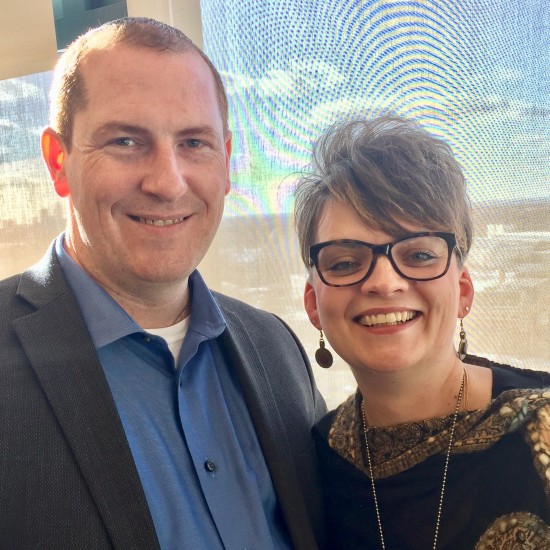 That same day, the Akron Beacon Journal printed an op-ed I co-wrote with local advocate Apryl Gleespen. You can read it here: Protect these public funds to stop fatal infections.

The following day, we held our first-ever C. diff Advocacy Roundtable at Ohio State University. The goal of the roundtable was to build the movement to fight C. diff throughout the Buckeye State. We were joined by a diverse array of stakeholders, including advocates, quality improvement specialists, representatives from diagnostic, hygiene and pharmaceutical companies as well as Ohio State Senator Kenny Yuko. Several attendees had been personally impacted by a C. diff infection. 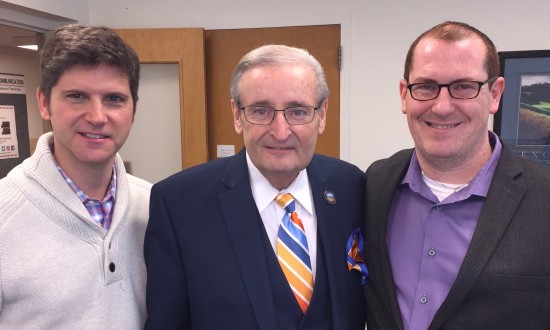 The group discussed the current state of infection surveillance and reporting in Ohio, particularly the lax enforcement of existing laws and that those laws only extend to hospitals. Senator Yuko shared that he had just introduced a new bill S.B. 102 in the Ohio legislature. This legislation would require that nursing homes in Ohio alert the health department when they have an outbreak of C. diff infections. Last fall, PLF board member Julie Reagan and I published an op-ed in the Cleveland Plain Dealer calling for expanded surveillance and reporting in the Buckeye State. On Sunday, the Plain Dealer launched a series investigating health dangers facing seniors and caregivers at Ohio nursing homes.

We are so grateful to Senator Yuko for his leadership on this critical public health challenge. PLF is looking forward to working with the leaders who attended the roundtable and our local advocates to advance this important legislation.