Back to all Posts
USA Today: Dangerous infections now spreading outside hospitals
Posted in Peggy in the News
by superadmin 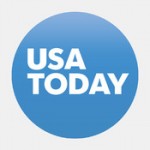 Christian John Lillis says his mother died from C. diff in 2010 just a few days after taking an antibiotic related to a root canal surgery. She was 56.

“‘We struggled to understand how our mother could die from a disease we’ve never heard of,’ says Lillis, who founded the Peggy Lillis Foundation in her honor as a way to reduce the number of C. diff cases.”