Back to all Posts
New Mexico Gubernatorial Candidate Has Interest In Fight Against Superbugs
Posted in Advocacy, Antibiotic Overuse, Make C. diff Count
by Christian 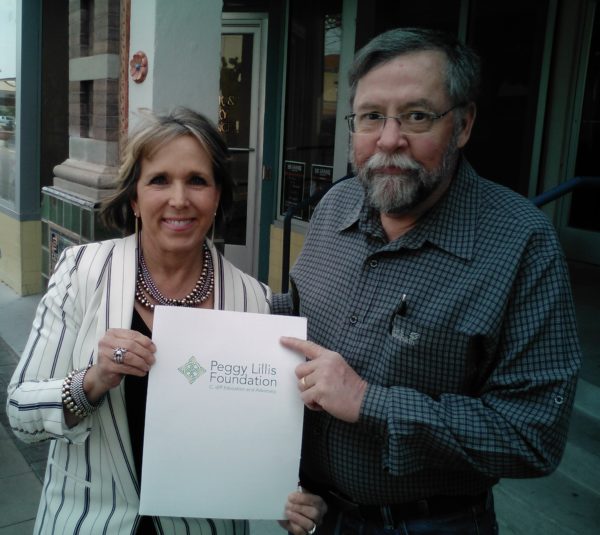 I recently had the opportunity to present gubernatorial candidate and New Mexico Congresswoman Michelle Lujan Grisham (D-Albuquerque) with information about the Make C. diff Count campaign being waged by the Peggy Lillis Foundation. PLF is concerned that many cases of Clostridium difficile (C. diff) go unreported, and the organization wants to make reporting mandatory, including on death certificates. Rep. Lujan Grisham responded that she would take a personal interest in the matter. The packet contained information about Senate Bill 2469, which was introduced by Senator Sherrod Brown (D-Ohio) on February 28. Brown’s bill, named the STAAR Act (Strategies to Address Antibiotic Resistance), calls for various actions to address the growing crisis in which an estimated 2 million people get sick each year with antibiotic-resistant infections.

Another New Mexico member of Congress, Ben Ray Luján (D-Santa Fe), sits on the Energy and Commerce Committee’s Subcommittee on Health. He helped develop the 21st Century Cures Act, which overwhelmingly passed Congress and was enacted in December 2016. The law allocates nearly $4.8 billion in funding to the National Institutes of Health (NIH) for cutting-edge scientific research on treatments and cures. The STAAR Act would complement the 21st Century Cures Act by improving the existing surveillance, data collection and research work to prevent bacteria from developing resistance to current and future antibiotics. The STAAR Act facilitates national Centers for Disease Control and Prevention partnership with state health departments through the CDC’s Prevention Epicenters Program. Lujan Grisham said her interest will continue if she is elected governor, and she foresees roles in fighting healthcare-associated infections (HAIs) for government agencies and institutions in New Mexico.

Lujan Grisham expressed concern about C. diff and other HAIs during a brief meeting with me on May 1, in Las Cruces, New Mexico, where she took part in a public forum for New Mexico Democratic gubernatorial candidates. A former cabinet-level state health official, Rep. Lujan Grisham said she is familiar with the problem of antibiotic-resistant bacteria such as C. diff.

“I am a caregiver myself,” she commented.

She co-founded the bipartisan Assisting Caregivers Today (ACT) caucus in Congress in 2015. Her experience with caregiving for her mother was outlined in a November 2017 article published on forbes.com. Formerly the New Mexico Secretary of Health and the Director of the New Mexico Agency on Aging, Lujan Grisham went undercover in a nursing home in 1997, posing as a stroke victim, to investigate conditions there. A 2016 campaign ad about her three days undercover in the nursing home, where she saw abuse and was herself neglected, is on YouTube.

PLF points out that C. diff is the most common cause of infectious diarrhea in health care settings. More than 100,000 CDIs develop among residents of U.S. nursing homes each year.1 In nursing homes, the infection interferes with residents’ rehabilitation therapy and recovery as it causes uncontrollable diarrhea, fever, nausea, abdominal cramping, dehydration, loss of appetite and, in some cases, death. More than 80 percent of deaths associated with CDIs occurred among Americans 65 years or older.2

You can find more information about nursing homes on my website.

1. Centers for Disease Control and Prevention. Nearly half a million Americans suffered from Clostridium difficile infections in a single year [Press release].
https://www.cdc.gov/media/releases/2015/p0225-clostridium-difficile.html. Accessed May 12, 2018.