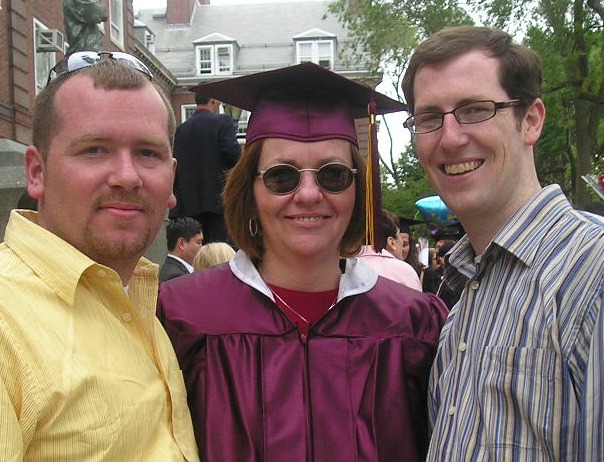 As head of PLF, Christian has led five national convenings of C. diff Advocates, built a 50-person volunteer Advocates Council, coordinated the first-ever C. diff Lobby Day on Capitol Hill, and produced the first-ever public service announcement on C. diff infections. In 2013, the Centers for Disease Control and Prevention recognized PLF’s work with its Excellence in Partnership award for domestic advocates and organizations.

Christian has presented to state hospital associations, quality improvement organizations, healthcare systems and industry leaders, including Mount Sinai Health, National Quality Forum, and the Presidential Advisory Council on Combating Antibiotic Resistant Bacteria. He has also testified at Congressional briefings. Christian’s writing has appeared in the Baltimore Sun, Cleveland Plain Dealer, and the CDC’s Safer Healthcare Blog. He has also co-authored articles for journals including Advances in Therapy and American Journal of Gastroenterology. PLF’s work has been featured in Consumer Reports, USA Today, and Reuters. Peggy’s story was also featured Dr. Martin Blaser’s 2014 book, Missing Microbes: How the Overuse of Antibiotics Is Fueling Our Modern Plagues.

Christian holds a B.A. in Political Theory from Brooklyn College-City University of New York. A native Brooklynite, he lives in its Kensington neighborhood with his husband Chris and their beagle, Maggie Anne. 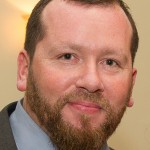 Peggy’s younger son. Liam is a plumber at Kings County Hospital in Brooklyn and member of Plumbers Local 1. He previously worked for Ideal Plumbing and AC Klem.

Liam lives in Marine Park, Brooklyn with his wife, Melissa, their son Greyson as well as their dog, McGee, and their cat, Maizey.

Victoria is Director of Corporate Affairs Communications, Oncology at Celgene. She has more than 15 years of healthcare publicity and marketing experience, and has developed relationships with top medical and third party organizations, such as the Centers for Disease Control and Prevention, the American Medical Association, National Meningitis Association, National Foundation for Infectious Diseases, the American Academy of Pediatrics, and AARP. Victoria holds a Bachelor of Science in mass communication from Boston University.

Peggy’s sister. Helen has been a registered nurse for 25 years. She retired as assistant director of nursing for Northwell Health. Helen holds a BS in Nursing from Molloy College.

Rich joined the Peggy Lillis Advocates Council in 2015, where he contributes to advocacy in our nation’s capital and with local fundraising. Rich and his family lost their mother Judy to C. diff in the Spring of 2013. Since then, the Dexter and their friends have held an annual picnic honoring their mother that has raised over $90,000 to date for PLF. In 2014, the Dexter Family was recognized with PLF’s first-ever Advocates Award. Rich has his own contracting business and lives in Maryland with his wife, Karen, two boys Jake and Cam and the dogs Cinder and Brewster.

Christina is a stay-at-home mom who lives in Columbia, MO with her husband Dane, son Oren (2), and daughter Pearl (4). She and Pearl are both C. diff survivors. Christina offers local support to those battling C. diff and created a website, www.mygijourney.org, for information on C. diff and FMT treatment. Pearl’s C. diff story was featured in Parents magazine in February 2018. In addition to her work with PLF, Christina is a member of Pew Charitable Trust’ Stand Up to Superbugs program.

Amy-Elizabeth is the Chief Financial Officer at The Hunger Project, and has a wealth of experience in non-profit governance and financial management, with over 20 years’ experience in international development organizations including Teach for All, Rainforest Alliance, and the United Nations. She holds a Master’s degree in International Political Economy and Development as well as a Master’s in Economics from Fordham University.

Bruce has been serving the community of the New York metropolitan area as a physician for over 30 years. Bruce received his MD from Cornell University and trained in geriatrics and infectious disease at North Shore University Hospital, Cornell and Albert Einstein. Currently, he is attending physician and assistant professor in the Infectious Disease Division of Northwell Health. Bruce worked through the HIV crisis from its earliest manifestations in New York and has maintained a strong interest in HIV. More recently, he has pioneered microbiome medicine for the treatment of gut infections at the NSLIJ. He has a long-standing interest in innovative therapeutics, having chaired the NSLIJ Committee on Pharmacy and Therapeutics, and holds a patent for an infection control device.

Gerard Honig is dedicated to accelerating the development of innovative products with the potential to benefit patients. At the Crohn’s & Colitis Foundation, a patient advocacy organization and leading funder of research in inflammatory bowel diseases, he manages a recently launched venture philanthropy fund. Gerard received his PhD in neuroscience at the University of California San Francisco as a fellow of the Howard Hughes Medical Institute and subsequently trained in immunology and microbiome research. In 2013, Gerard developed a novel clinical-stage therapeutic modality for the treatment of Clostridium difficile infection. This experience led him to found Symbiotic Health Inc., a biotechnology company focused on the development of novel drug delivery systems. Gerard serves on numerous boards and committees, including the board of directors of the Peggy Lillis Foundation; the review committee for the Robertson Therapeutic Development Fund at Rockefeller University; and the alumni committee for Entrepreneurship Lab NYC. In his spare time, Gerard enjoys Japanese martial arts and cooking.

Jeff is the head of Mintz & Gold’s Labor and Employment Department, and concentrates his practice in all areas of labor and employment law on behalf of employers. Jeff is recognized as an authority on the Fair Labor Standards Act. He represents companies in lawsuits involving allegations of wage and hour violations, union representational campaigns, collective bargaining negotiations, and regularly practices before the Federal and State Courts, the NLRB, EEOC and the New York State Division of Human Rights. Pollack’s practice includes counseling clients on the day-to-day concerns of employers in today’s litigious climate. Pollack received a B.A. degree from Emory University in 1987, and a J.D. degree, cum laude, from Boston University in 1990, where he served as an editor of the Law Review. He is admitted to practice in New York, New Jersey, Massachusetts (retired status elected) and Florida and served as an adjunct professor of Legal Writing at Brooklyn Law School. He is the author of numerous published articles on labor law.

Carol is a certified Neuro-Linguistic Practitioner, retired accounting professional, musician, and C. diff advocacy champion. She is a C. diff survivor and has been advocating for awareness and education for many years. Carol is also the Co-Chair of the Peggy Lillis Foundation Advocates Council.

Alicia is the Director of Camping & Year Round Programs at The Fresh Air Fund. Ms. Skovera joined The Fund in 2007 as the Director of Camp ABC and Off-Season Programs. She graduated from Brooklyn College (where she and Christian first met) and attended  Hunter College’s Silberman School of Social Work in New York City. Alicia had dedicated over 30 years to working with/for at-risk youth. Alicia is a current Board Member and Past President of the New York State Camp Directors Association (NYSCDA) and served as the Treasurer for ten years on the Board of the American Camp Association of New York & New Jersey. Prior to joining The Fund, Ms. Skovera worked with people living with HIV/AIDS, and was a director at The Lesbian, Gay, Bisexual, and Transgender Community Center in New York City, where she provided counseling and consulting services.