Back to all Posts
A Q&A with Sen. Ruth Hassell-Thompson, 2016 Advocates Award Honoree
Posted in Uncategorized
by Christian 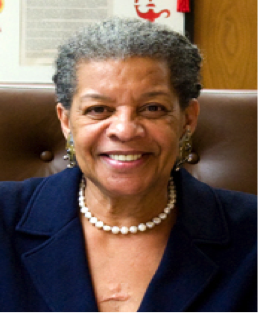 Award. We recently spoke to Sen. Hassell-Thompon about what got her involved in public service and her own personal struggle with C. diff.

Q: You were a pediatric nurse and substance abuse counselor for many years. What motivated you to seek political office?

A: I was a baby boomer and a teenager in the 1950’s going into the 60’s. It was a time of economic abundance for many but yet a time of civil unrest for people of color. Having a medical position requiring me to attend to the needs of children of color and later drug addicts, linked my life to many tragic stories. Consequently, I wanted to be an agent of change. I wanted to create a better world.  I was nurtured by the times of change. Whether it be Baldwin, Malcolm, Martin Luther King, Jr., Angela Davis, Muhammad Ali, or Maya Angelou … there was a calling and a genuine belief that things could be better. I am a product of that youth movement and was raised by courageous women. I heard a calling and headed towards the sound. I was at the battle front to end a war overseas and start a war at home for equal justice.

Q: Throughout your public service you had a strong focus on housing issues, particularly for children. Our namesake was a kindergarten teacher and also cared deeply about children. How do you see housing as connected to child health?

A: B.F. Skinner argued that in many cases individuals are a product of their environment. And so, if poor children are raised in multiple housing units plagued with crime and drugs, the statistics suggest that a significant number of these children will not finish school and may wind up in prison before they are 25. We call this the “pipe line to prison”. On the other hand, a child raised in a suburban community, where the school is a positive experience on many levels, and the parents have the financial ability to bankroll extracurricular enhancement, these children will statistically advance in education and not wind up in prison. Therefore, we need to have a conversation about the best way to design or modify public housing as we know it, in order to bring out the best in our children. A pet project of mine, is creating affordable housing for grandparents that pick up the mantle of parenting and adopt their grandchildren.  Everything is so right about this model. As a general rule, grandparents are experienced, responsible and patient. They will rescue and bring out the best in our children.

Q: You are a C. diff survivor. Were you familiar with the disease before you became ill. What was your experience like?

A: My story was not as bad as others. I was having knee surgery and was laid up in the hospital.  I guess I touched a contaminated surface or acquired it through contaminated food or water. Although at the time, I was intellectually aware of clostridium difficille colitis. I thought I simply had a case of diarrhea and an upset stomach which would pass within days. When blood appeared in my stool,  fever became pronounced and I was losing weight, I was tested in the lab for C. Diff. Colitis and treated with an appropriate antibiotic. As a member of the medical system, I am not hesitant to talk about symptoms, including diarrhea, because we know that lab tests for stool and imaging tells us a lot about bacteria in the colon. Diagnosing the problem early is so very important to limit the infection of the good bacteria in the colon … and perhaps early detection can save your life.

Q: The symptoms of C. diff. sometimes trigger squeamishness about addressing it. Did any experience you had as a longtime lawmaker shed light on how to make more discussion happen, either in the community, in the press or among policy makers?

A: Communication is the key. The best way to shed light on this disease is to talk about it, write about it, shout about it. The facts make the case. More and more families are taking care of their elderly parents and it would do them well to know about C. difficille because the elderly are high risk to experience this infection. Organizing people around the issue, having fundraisers, sharing  C. difficille stories, sending or press releases, or writing to all of your elected officials, and supporting the Peggy Lillis Foundation,  are other effective ways to spread the word. As I said, the facts speak for themselves. Clostridium difficile  caused almost half a million infections among patients in the United States in a single year, according to a study released by the Center for Disease Control and Prevention (CDC).

Q: What would you like people to know about C. diff?

A: Whenever you have symptoms which include diarrhea, stomach pain, bloating, fever or blood in the stool, ask your doctor to test for C. diff, especially if the patient is over 40 years old. With early detection the probability for a positive resolution is at its highest.

We hope you will join us as we honor Sen. Hassell-Thompson and more at the 7th Annual Peggy Lillis Foundation FIGHT C. DIFF Gala on October 21, 2016.