The Peggy Lillis Foundation’s 5th Annual FIGHT C. DIFF Gala was our most successful to date. Held in the Grand Ballroom at Dyker Beach Golf Course on Friday, October 24th, FIGHT C. DIFF 2014 welcomed 225 supporters, patient safety advocates, corporate leaders and community members for an exciting evening which included honoring Congresswoman Rosa DeLauro (D-CT), Dr. Bruce Hirsch and Dr. Gerard Honig, and the family of Judy Dexter, who lost her life to a C. diff infection in May 2013. The Gala raised more than $55,000 to support PLF’s mission of C. diff education and advocacy.

PLF co-founders Christian John Lillis and Liam Lillis welcomed the guests with remarks highlighting the parallels between the foundation in its 5th year and the developmental milestones of Peggy’s kindergarten students. Christian spoke about the success and impact PLF has had since its founding and the partnerships forged in the past few years. He also thanked longstanding PLF supporters and the Gala Committee. Liam spoke about the recent loss of Peggy’s brother Jim, who died following a home accident in early October. Read Christian and Liam’s full remarks here: Co-founder Welcome Remarks 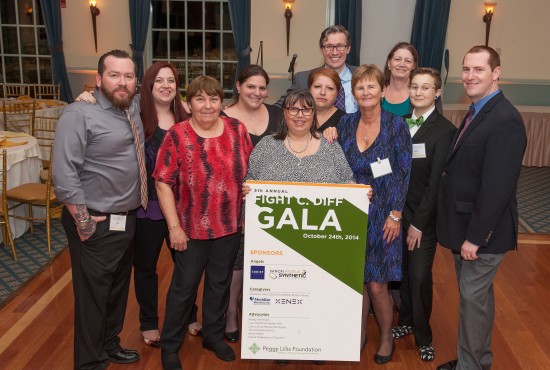 The Lillis brothers presented Congresswoman Rose DeLauro (D-CT) with the Lifetime Achievement Award for decades of leadership on public health in the House of Representatives. Read their introductory remarks here: Co-founders Introduce Rep. DeLauro. The Congresswoman gave an impassioned acceptance speech highlighting the challenges and opportunities to make progress on healthcare associated infections including C. diff. 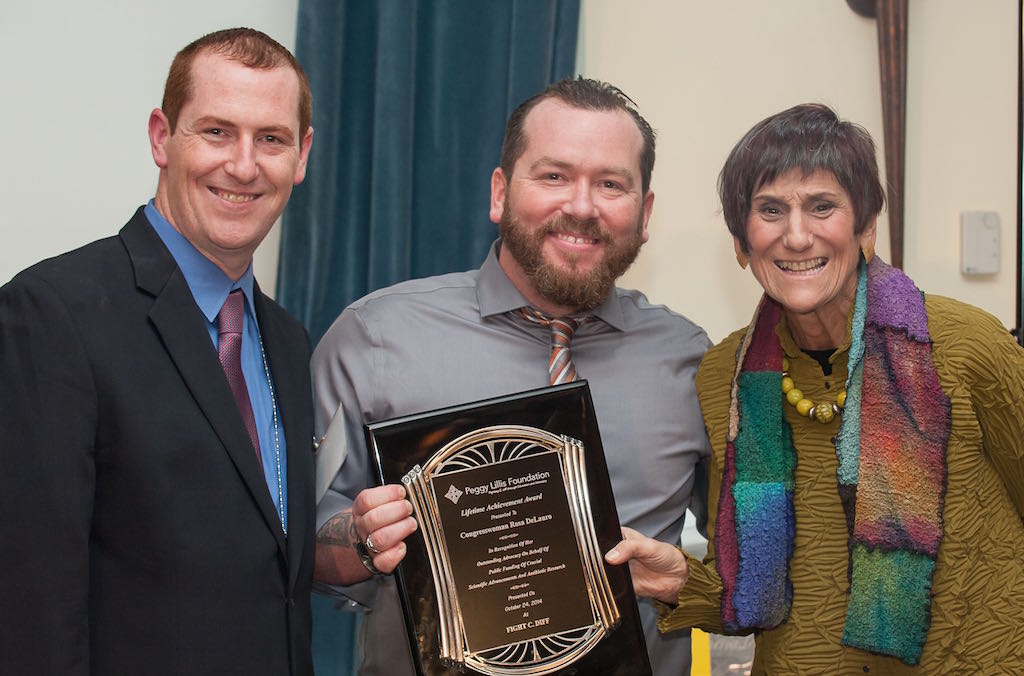 Later that evening, Jeff Riley of Synthetic Biologics spoke to guests about the field of emerging preventatives and treatments, particularly the time and cost constraints that make it difficult for starts-up to bring new drugs to markets. 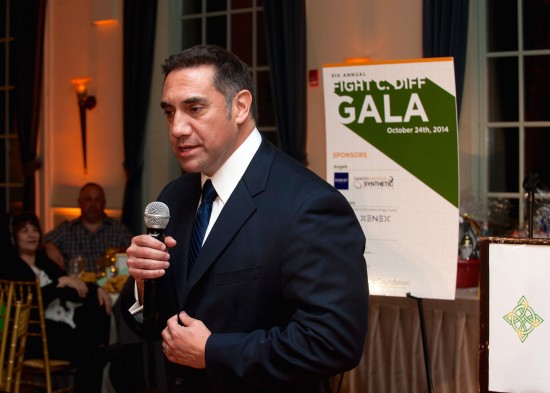 Following Riley’s remarks, Christian and Liam introduced the Innovators Award. Christian spoke about “falling in love” with Dr. Hirsch while reading an article about his and Dr. Honig’s research in The Atlantic. During their acceptance speech, Dr. Hirsch disclosed his own initial discomfort with fecal transplantation, the patient who’s terrible bout and ultimate death from C. diff changed his perspective and his belief that “life it too short and too precious not to give a shit about.” Read Dr. Hirsch’s full speech. 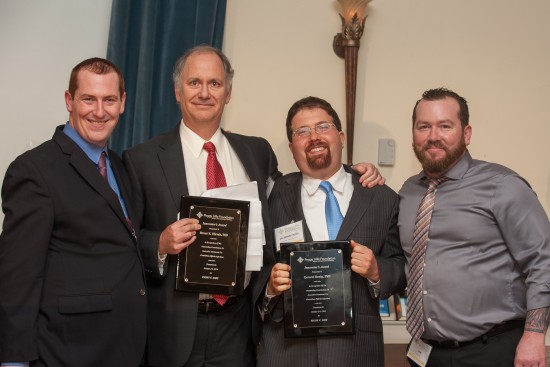 Lastly, we presented our first-ever Advocates Award to the Dexter Family. The Dexters were drawn into the fight against C. diff following the death of family matriarch Judy Dexter in May 2013. Since then, they have raised more than $10,000 to support C. diff education and advocacy. Christian and Liam feel a strong kinship with the Dexters and were thrilled to honor this incredible family. The passion and love for his mother in Rich’s remarks moved most guest to tears. Read Christian and Liam’s introduction and the family’s acceptance remarks delivered by eldest son, Rich Dexter. 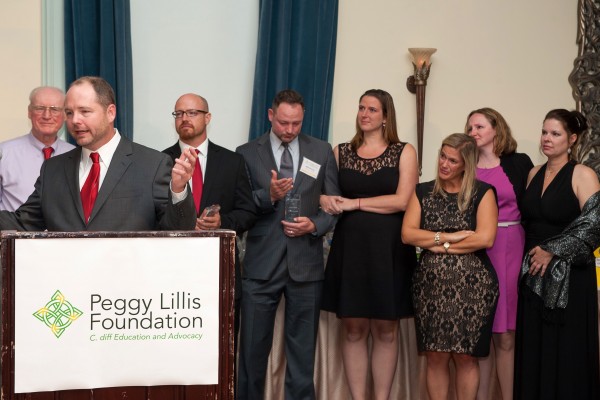 Rich Dexter accepts Advocacy Award on behalf of his family

In sum, this year’s Gala was our most successful to date. Truly, an evening of celebration of what PLF and our friends have done thus far to build a national movement to combat C. diff, invest others in our work, and redouble our efforts toward a world in which C. diff infections are rare, treatable and survivable. You can see all the pictures form the evening on our Facebook page: 2014 FIGHT C. DIFF photo album.

We are deeply grateful to all of our partners, allies and supporters. Thank you!