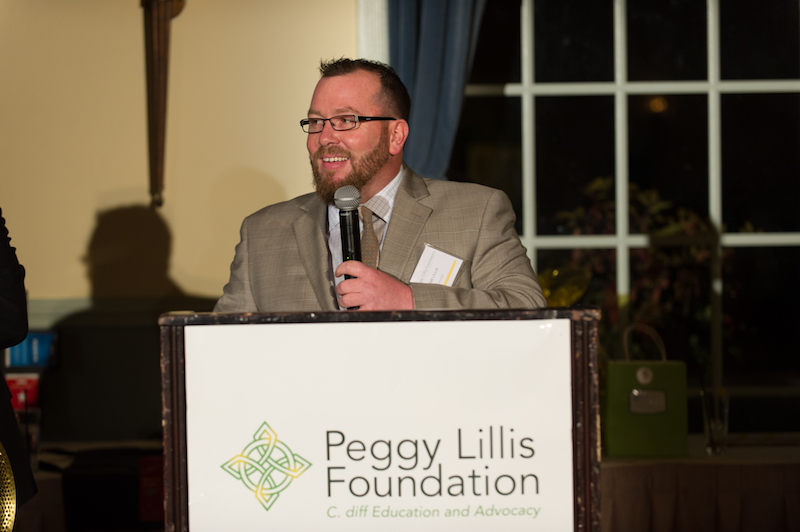 PLF’s co-founders Liam Lillis and Christian John Lillis, welcomed guests and spoke about all PLF has accomplished since its founding in response to the death of their mother Peggy in April 2010. Liam shared how PLF has educated millions of Americans through news articles and editorials, its public service announcement and new website, and through social media. He also highlighted PLF’s recent successes in advocacy, including the Centers for Disease Control & Preventions updating its CDI burden statistics, the launch of PLF’s Advocates Council and August C. diff Summit, and PLF’s participation in the June 2015 White House Forum on Antibiotic Stewardship. Read Liam’s Speech 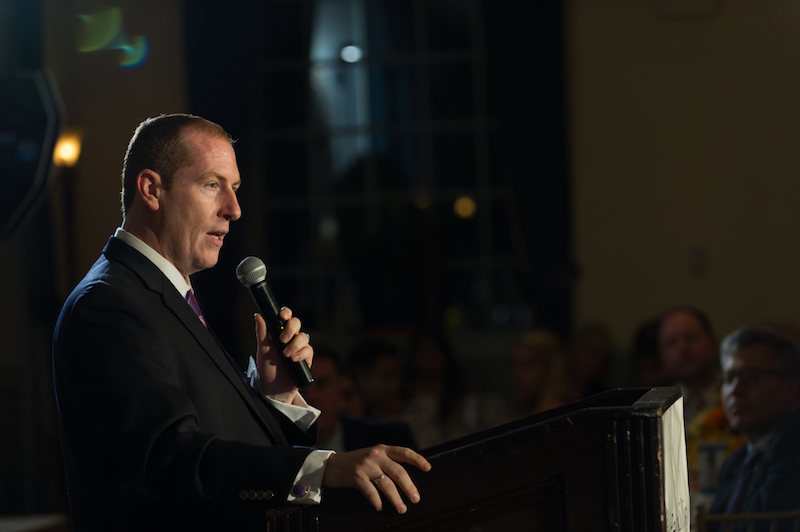 Christian’s remarks focused on the importance of building a community around C. diff. He spoke about how C. diff advocates can learn from the LGBTQ rights and HIV/AIDS movements, which were deeply embedded in community. Christian also cited how the media hysteria surrounding last year’s Ebola scare in the United States led to near universal awareness of the disease and substantial funding to combat it. In that instance, only one person died compared to the estimated 30,000 Americans who lose their lives to C. diff every year. It’s up to C. diff advocates to ensure that this public health crisis receives media attention and funding proportionate to its actual impact. Read Christian’s Speech

The evening also featured awards for three prominent leaders in the fight against C. diff. We presented our Advocates Award to Congresswoman Yvette Clarke (D-NY). Rep. Clarke is not only a fighter for health care quality and antibiotic stewardship but she also represents the Brooklyn, New York district where Peggy taught at Public School 198. Though the congresswoman wasn’t able to join us due to a last minute vote in the House, her press secretary Patrick Rheaume accepted it on her behalf. 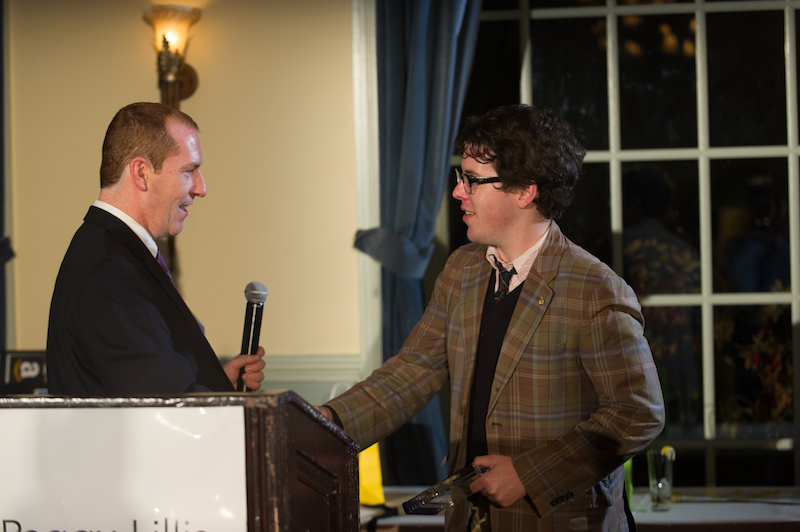 Dr. Gerard Honig, a member of PLF’s National Advisory Council and past award recipient, presented our 2015 Innovators Award to Dr. Trevor Lawley of the Wellcome Trust. Dr. Lawley’s research focuses on identifying the bacteria that are most helpful in battling C. diff and delivering them as a targeted approach, reducing risk to patients, and speeding the treatment process. 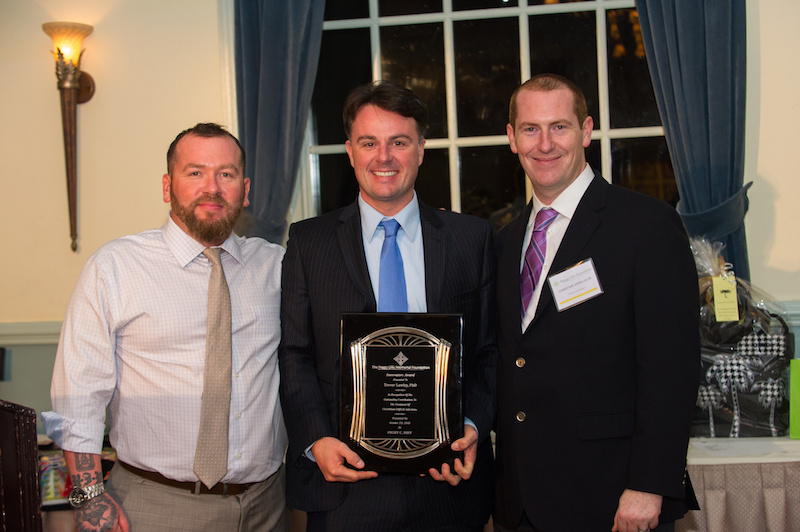 2014 award recipient Dr. Bruce Hirsch introduced our Lifetime Achievement Award honoree Dr. Lawrence Brandt. From the laboratory to the bedside, both the breadth and depth of Dr. Brandt’s intellectual and clinical contributions to the field of gastroenterology is extraordinary. He was among the first to offer fecal transplants for recurrent C. diff infections and has many contributions to the field have had far reaching impacts on science, clinical practice and countless physicians who studied with him. 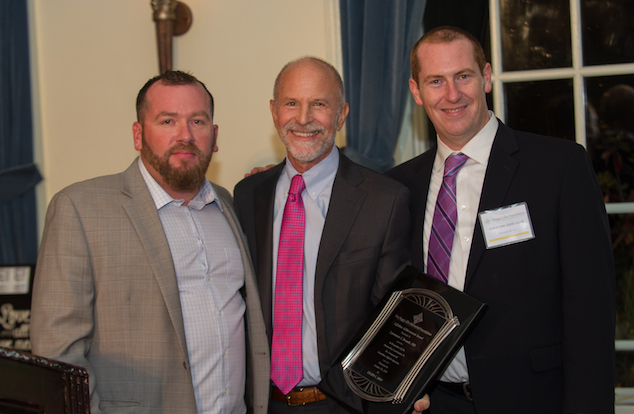 Though dealing with a difficult subject, the Gala was also great fun for our guests who danced to the musical styles of DJ Colleen Crumbcake, and bet on an array of raffle prizes. Dr. Hirsch even had a “superman” moment revealing North Shore Long Island Jewish’s new “Cdifferently” campaign. We were also glad to be joined by some of our new Advocates Council members.

We are deeply grateful to the evening’s sponsors, including Sanofi Pasteur, Cepheid, Rebiotix, Seres Therapeutics, Synthetic Biologics, the United Federation of Teachers and Van West Media, among others. A full list of sponsors and raffle prize donors is available in our 2015 Gala Journal. 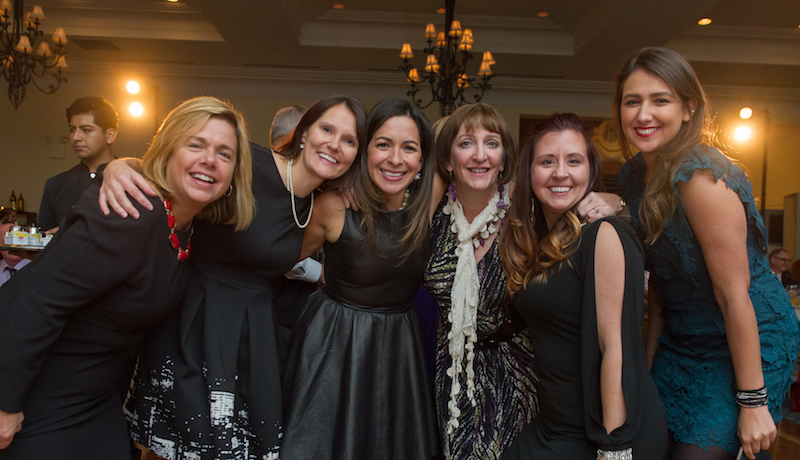 Please visit our Facebook page to view more photos from the Gala.