On Saturday, June 4, the family of Judy Dexter hosted their third annual Toss to Stop C. diff Loss Picnic and Cornhole Tournament. With more than 100 attendees and many other donors, the event raised more than $11,203 to support the Peggy Lillis Foundation‘s mission. 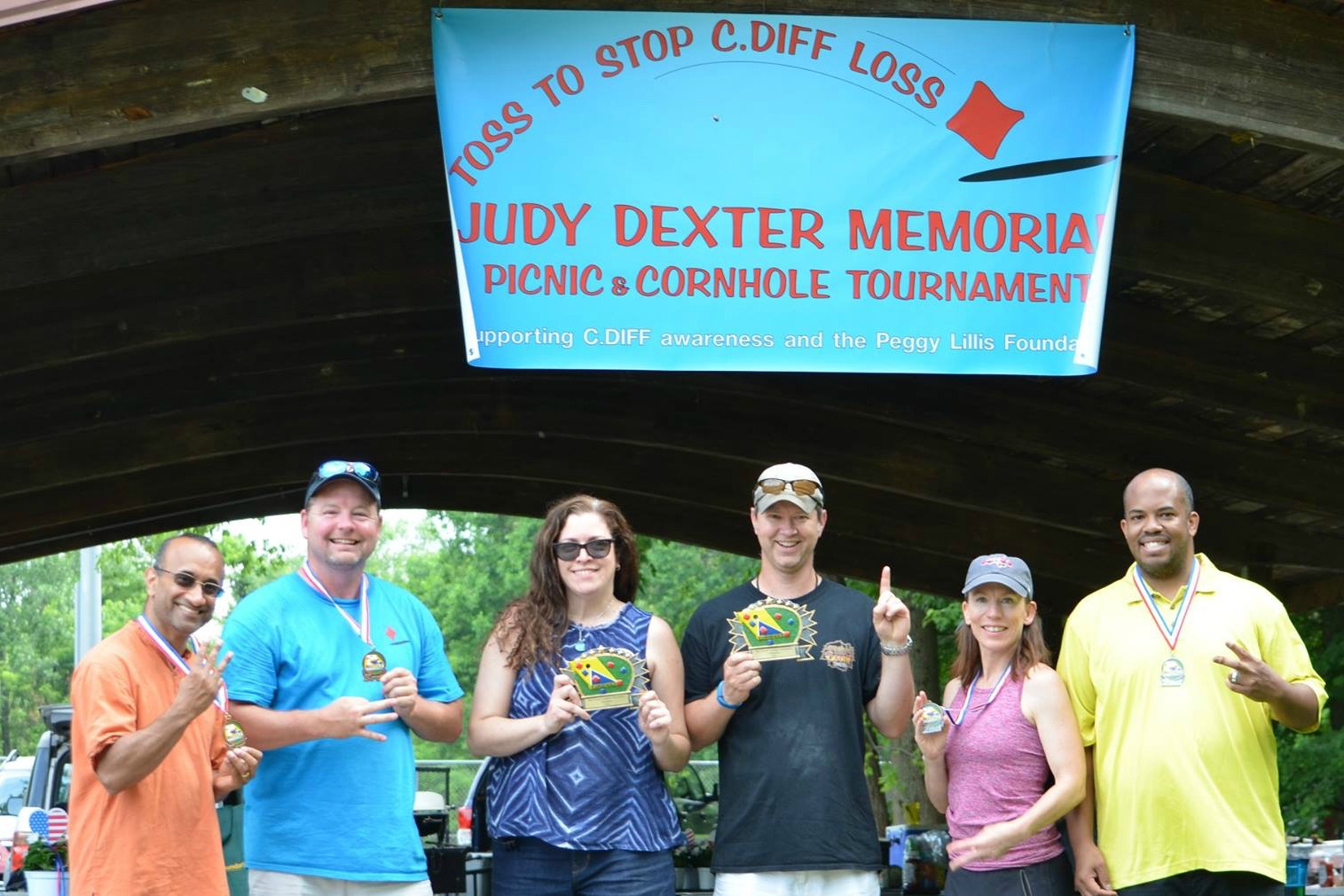 The annual Dexter picnic also keeps alive the memory and legacy of a beloved wife, mother, grandmother and friend, whose spirit infused the day with meaning and fun. Since losing Judy to C. diff in May 2013, the Dexter family has raised nearly $30,000 in her memory. In recognition of their commitment to fighting C diff, Peggy Lillis Foundation honored them with our first-ever Advocates awards at the 2014 Gala. 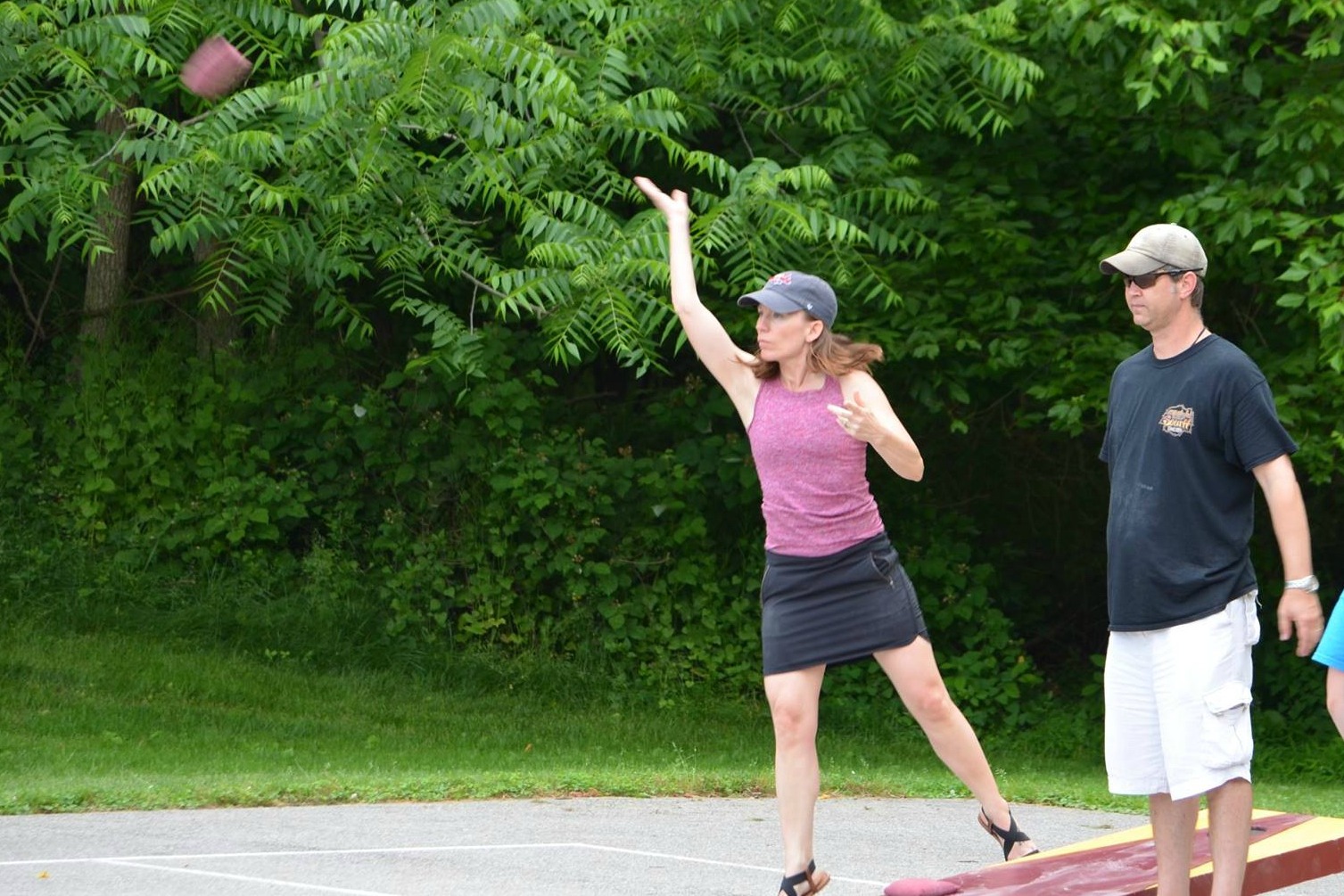 In addition to a hard fought cornhole tournament, the picnic featured a delicious barbecue, homemade cookies – including Judy’s Orange Stars – face painting, posters with information on PLF’s work, and warm memories from Judy’s life shared by her son Mike. This year, a raffle for themed baskets added to the fun. 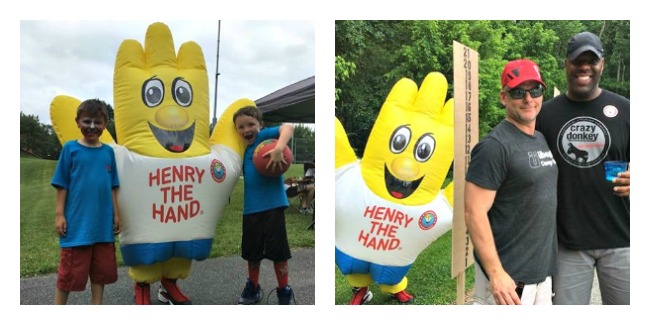 Aiden and Ellie as Henry the Hand

Kirsten Earp (nee Dexter) coordinated a visit from Henry The Hand! Played by Aiden Dexter and Ellie Mundie, Henry chatted with all the guests about how washing your hands helps to prevent C. diff. Ellie even showed off Henry’s stellar dance moves!

PLF’s Executive Director, Christian John Lillis, spoke following the check presentation. Christian spoke about the 29,000 Americans who die from C. diff every year, the lack of transparent reporting by nursing homes in Maryland and most U.S. states, and his deep appreciation for the Dexter family’s friendship and advocacy.

“We need families like the Dexters in every state, spreading the word about C. diff and raising critical resources to fund our national movement,” Lillis said.

If you want to join the movement to fight C. diff, please contact us today. 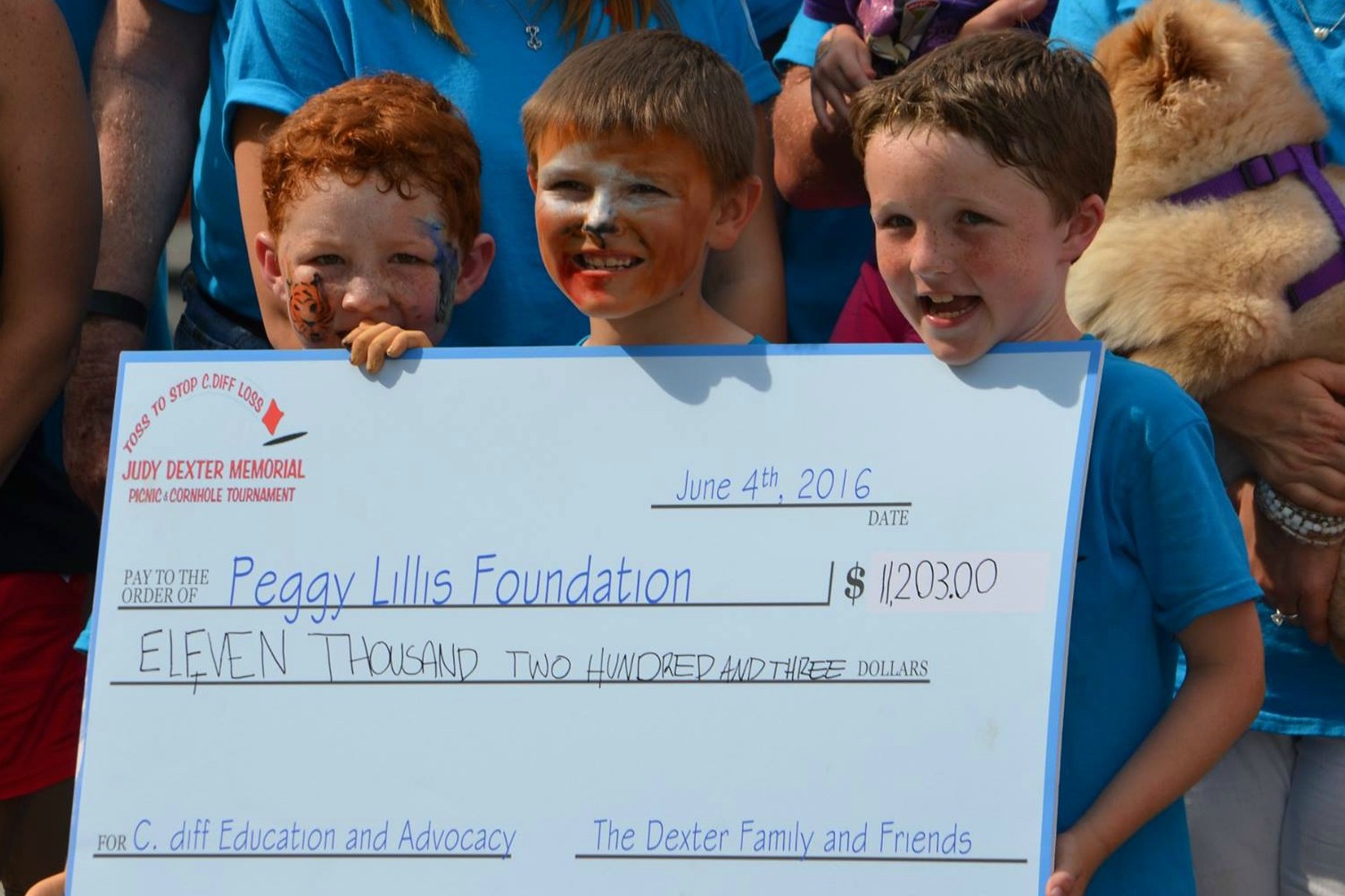